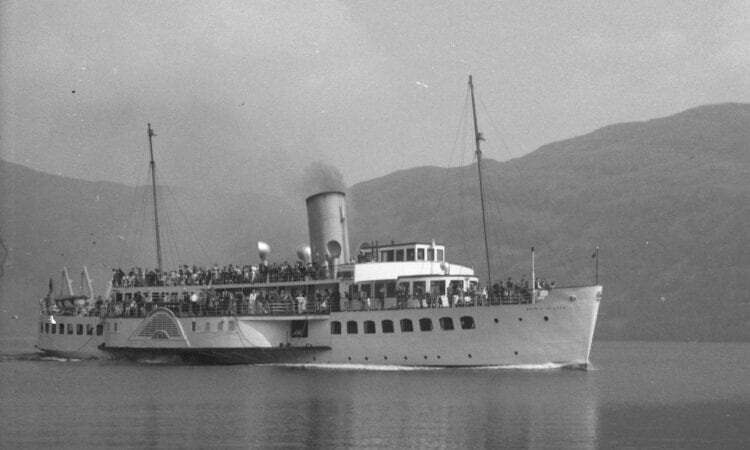 You can catch a boat train from Glasgow to Balloch Pier and take in the bonnie banks of Loch Lomond from the decks of PS Maid of the Loch, on a £12 ticket, despite the preserved ship remaining tied up at Balloch Pier and closed to visitors during the Covid-19 crisis.

The charity has dug into its archives to source fascinating moving and still images for the virtual trip, designed to keep the ship in the public eye and also to go some towards replacing revenue lost during the lockdown.

Chairman John Beveridge said: “The virtual train trip and sail recalls an excursion which was very popular with Glaswegians and people from further afield. We’ve picked 1953, the year the ship was launched. That was also the date of the Maid’s launch, so we’ve included newspaper cuttings recording her first sailing.

“On her maiden voyage, she carried 1,000 people, so we’re inviting 1,000 people to join us on the virtual excursion. The cost of the trip in 1953, was 9/-. Nine shillings is £12 in today’s money, and your virtual ticket will take you all the way from Glasgow by train to Balloch pier, where the train connected directly with the steamer, then up Loch Lomond, calling at many of the piers which have fallen into disuse today, to Ardlui at the head of the loch.

We’ve included maps, shots of the passengers, crew and the engines, and even the very traditional lunch menu from the dining room where maids in black dresses and white aprons served the filling fare of those days.”

Would-be virtual and time travellers can buy a ticket which unlocks the excursion code word to come aboard, at the on-line shop at www.maidoftheloch.org.

All money generated goes to the on-going restoration of Maid of the Loch to sailing condition.