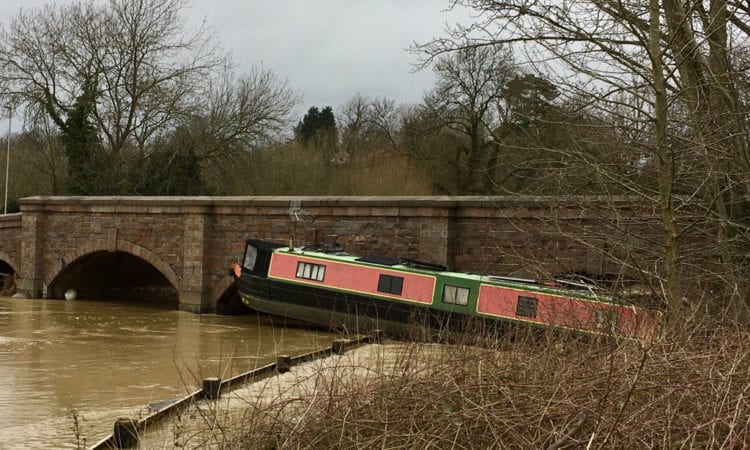 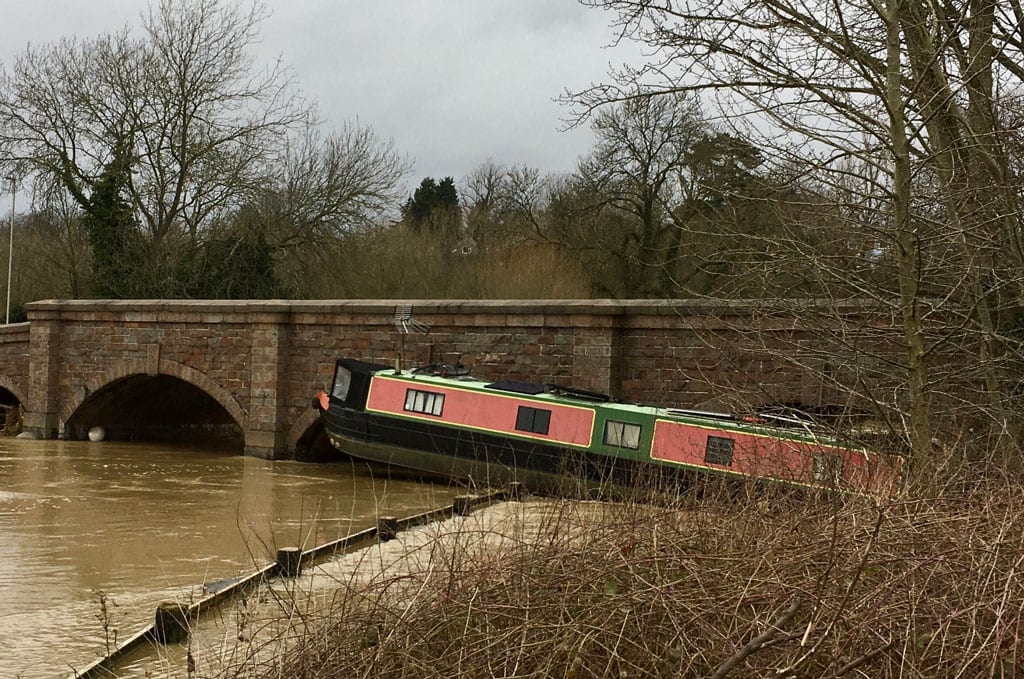 River Canal Rescue raised the capsized narrowboat at Barrow, on the River Soar, on Wednesday 25 March.

Torrential rain and surging water caused the boat to break its moorings, sending it down river to bridge 30 where it became wedged.

The vessel was left in a precarious position, with the bow in the air and stern in the water, see-sawing on the barrier.

A refloat could not be undertaken until flood waters receded, however as levels quickly went down, the barriers gave way, resulting in the vessel capsizing and becoming trapped between the bridge pillars and the barrier pole.

RCR managing director Stephanie Horton said before the recovery: “The best way to undertake this recovery without the vessel overturning and sinking in the river is to use divers, airbags and plant machinery.

“We’ll inflate the airbags, right the boat and then pull it forward away from the bridge with airbags on it. We’ll then pump it out, make it secure and tow it to a safe location – Pillings Lock.”

The boat was lifted onto a transporter and taken to a local yard for storage and assessment.

Given the extreme weight of the boat, RCR used four winches with a total of 20-ton capacity to pull it away from the bridge.

In order to prepare the rigging, Essex Boatyard practised on a narrowboat that was capsized at the same angle as the stricken vessel.

See the images from the rescue below: