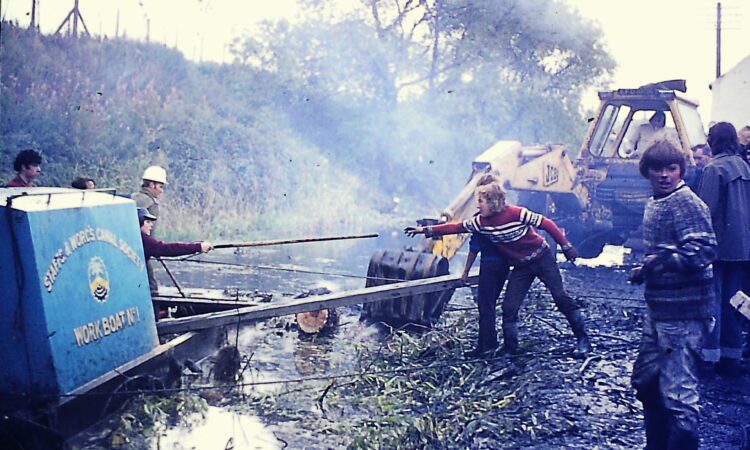 We are delighted to announce that we have been awarded a grant from the John Feeney Trust. The Feeney Trust supports arts and heritage projects securing aspects of Birmingham’s environment, cultural assets and story for the future. The grant will enable us to explore and capture the stories of women who have contributed to preserving Birmingham’s unique canal network.

During WWII the inland waterways experienced a final flourish as a cargo-carrying network, before entering a steep decline. Thanks to energetic campaigners the canals were returned to use and are now an important part of our industrial heritage, providing leisure and learning for many, and have become central to the heritage and cultural life of Birmingham. The extensive accounts of these campaigns seldom record the women’s contribution.

In 2019/20, supported by a NLHF grant, we captured the memories and stories of women involved in campaigning and saving the canals in the Black Country in the 1960s and 70s, sharing them through audio, performance and written material. The project was called I Dig Canals. We will now be able to do the same, focusing on Birmingham. Many of those stories are available via our series of podcasts (link below).

We will work with the Birmingham Canal Navigation Society (BCNS), volunteers and community groups to record oral history interviews and hold a reminiscence event (online or in person) to capture and share women’s stories, including of both iconic well-known spaces such as Gas St basin and Brindley Place and hidden gems like Hockley Port and Minerva Wharf.

We’d like to hear from women who have been involved with canal societies, or businesses, worked alongside the canal in one of the many industries and factories that depended on it for supplies or to move products, lived near it, walked or played along the miles of towpaths, explored the tunnels, or watched the boats at work. To get in touch email nadia@alarumproductions.org.uk.