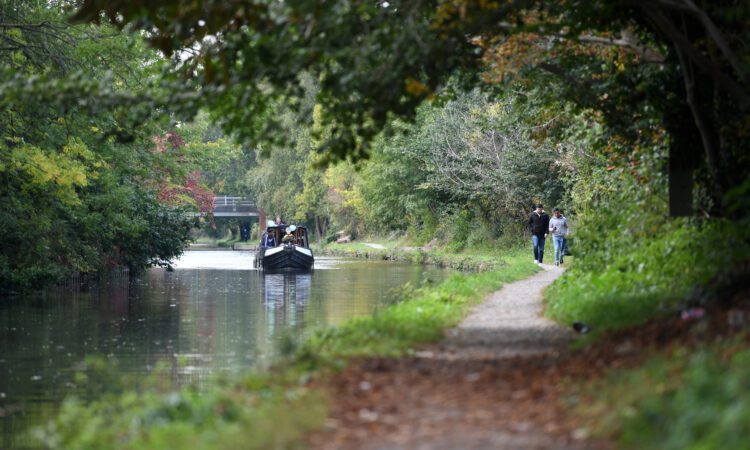 The Canal & River Trust, the waterways and wellbeing charity, is introducing changes to its national mowing programme following a six-month trial. The new national policy will ensure the needs of boaters, towpath users, anglers and others accessing the waterways are met, while increasing habitat for the wildlife that thrives along the towpaths and canal banks, including in urban areas.

The Trust spends £2.1 million per year on towpath mowing and, prior to the trial, all towpaths were cut at the same frequency which meant climatic differences, soil nutrient, urban or rural setting, and frequency of use were not accounted for.

Over the past six months, the Trust has been collecting feedback from boaters and towpath users, advisory groups, colleagues, and specialists, and has been undertaking periodic spot checks on the trial areas, which covered 375 miles (around a fifth of the Trust’s network). The majority of the feedback has been in favour of increasing the amount of habitat fringe, with certain amendments to the Trust’s mowing specifications to ensure that the towpaths are suitable for all, especially boaters.

The new national mowing programme will ensure sightlines on the inside of sharp bends are mown to the water’s edge, and vegetation at locks and moorings continues to be cut most frequently to meet boaters’ needs. Where there are no formal moorings along a canal and the towpath fringe is allowed to grow, informal moorings will be cut every kilometre. There will be minimum width for the towpath walking area so the fringe width will vary rather than the width of the towpath. The Trust will seek alternative management to break up long stretches of tall vegetation, and a full width cut removing the season’s growth, including saplings, will remain. This will commence annually from August to replicate a ‘hay meadow’ style cut.

Peter Rodriguez, operational projects manager at Canal & River Trust, said: “A legacy from the Industrial Revolution, canals are unique ecological corridors that offer tremendous benefits to the nation’s flora and fauna by providing sanctuary to many much-loved and endangered species. Due, in part, to changes in farming practises and urban sprawl, the canal network, with its linear hedgerows and verges, provides vital connecting routes between increasingly fragmented woodlands and other important wildlife habitat, especially in urban environments.

“Seeking to increase the amount of biodiversity across the network doesn’t mean letting everything grow; it’s about providing a mix of habitats or trying to improve a section of towpath through a specific management regime. For example, tall grasses suppress lower-growing plants. Keeping them shorter by regular mowing and collecting the clippings to reduce the amount of nutrients available for them encourages wildflowers, which prefer more nutrient-poor soils, to flourish.

“It’s going to be fantastic to further grow the biodiversity across our canals and rivers, but we are aware that we need to review annually to see what is working well and what can be improved further. Ensuring the safety of boaters remains paramount, and the trial has formalised the navigation requirements for grass cutting at moorings, locks and sightlines on bends. It is important that we continue to receive boaters’ feedback, both positive and about where improvements could be made, so people are able to get the most enjoyment out of their time on the water.”