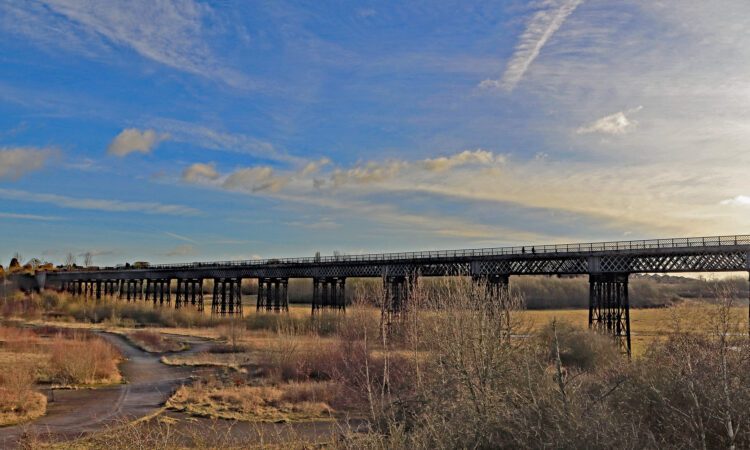 MANY boaters who have travelled the Erewash Canal will have been unable to miss the old railway iron viaduct that crosses the Erewash River valley just above Stenson’s Lock.

Known affectionately as the ‘Iron Giant’, the Bennerley viaduct was opened by the Great Northern Railway in 1877 carrying trains until the line was closed in 1968.

It was reopened to walkers and cyclists on January 13, 2022, although an official opening ceremony is planned for later in the year.

The viaduct is one of only two surviving wrought iron viaducts in the UK, the other being at Meldon in Devon.
Over the last two years or so with funding from the Railway Heritage Trust, Historic England, the Heritage Lottery Fund and World Monuments fund, £1.7 million has been spent to make the viaduct safe and accessible for walkers and cyclists.

New access ramps have been built at either end of the viaduct with the westerly access ramp leading directly off the towpath of the Erewash Canal and will make a good leg stretch for towpath walkers and boaters alike, being 1410ft or 430m long.

For more information about the viaduct the Friends of Bennerley Viaduct have a web page at www.bennerleyviaduct.org.uk