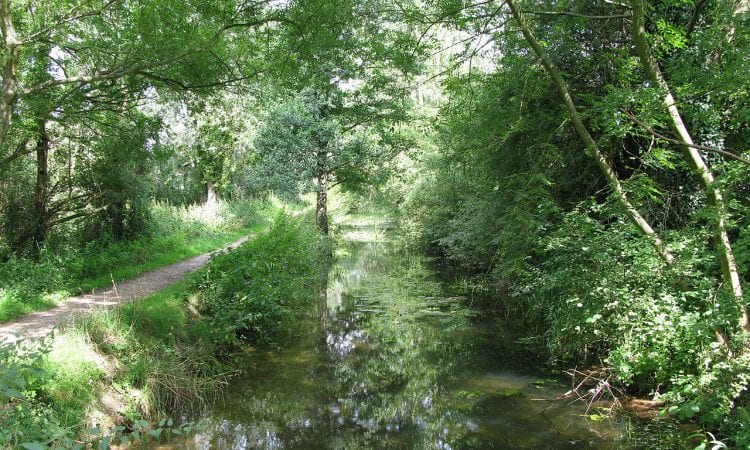 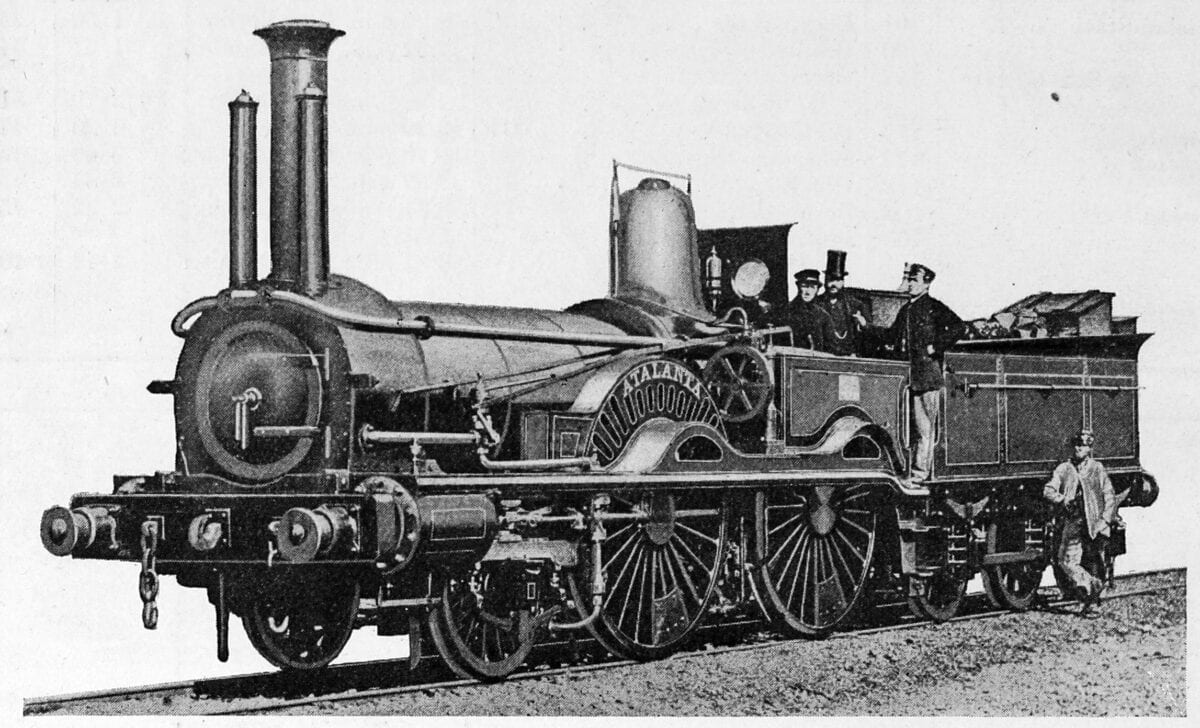 Hampshire’s commercially unsuccessful Andover Canal ran 22 miles from Andover to Redbridge, through Stockbridge and Romsey. The canal was completed in 1794 at a cost of £48,000, had a fall of 179 feet through 24 locks, and for much of its length paralleled the Rivers Anton and Test.

The canal’s locks were built to take boats up to 65 feet long and 8 feet 6 inches wide. The main cargos were coal, slates and manure coming in from Southampton water and agricultural produce going out.

The only dividend paid to shareholders was in 1859 when it closed, using the proceeds from the sale of the canal to the London and South Western Railway, who bought it to lay a railway line along much of its course.

The work of converting the canal to a railway started 28 September 1859, with the serving British Prime Minister, the Rt. Hon. Lord Palmerston K.G, ceremonially cutting the first sod. The railway was built on the filled in canal and was opened for traffic on 6 March 1865. Because the line followed the path of the old canal, some curves were very sharp and the line was upgraded and realigned when a new course was laid in 1885.

In both the First World War and the Second World War the railway line was invaluable moving troops and war supplies from nearby Salisbury Plain to Southampton on their way to France.

What follows is the story of The Andover and Redbridge Railway (The Sprat and Winkle Line), first published in The Railway Magazine in January 1910.

Read the full article exclusivly in the Towpath Talk app (October 2017). Get the app now>>