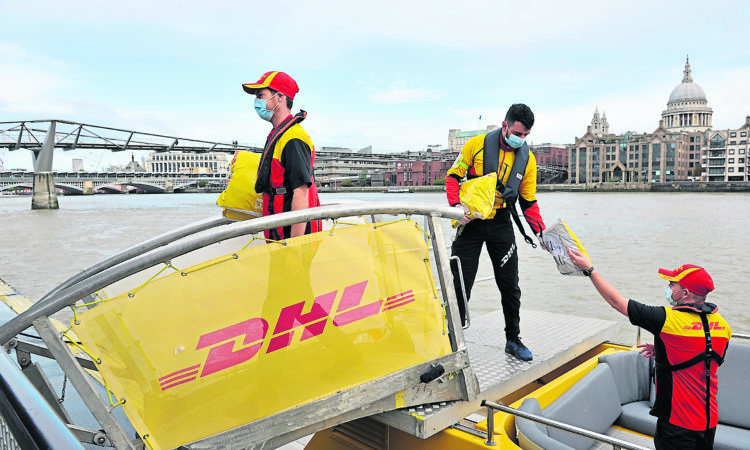 LAST month we looked at the big picture and how waterways freight might establish itself as part of a true multimodal carrying strategy in the UK, examining how some of its perceived weaknesses could, in reality, constitute its strengths.

When built, canals flowed past industry’s back door enabling boats to pick up finished goods and deliver raw materials. Without these arterial transport routes there would have been no Industrial Revolution and Britain would have occupied an entirely different place in the world pecking order of commercial output and growth.

Today that old order has been totally stood on its head and it’s more likely to be upmarket housing that populates once-busy wharfs, with centres of production corralled on distant industrial estates and science parks.

Once again this inescapable reversal points the finger at the short-sightedness of policy makers and planners alike and represents a major handicap in waterways freight’s efforts to reassert its role, supported by its undeniable green credentials.

Assuming that new wharfs can be built (or at least saved from further wholesale redevelopment) then what might a hybrid waterways-based transport system look like in the 21st century?

The long distance trunk network is pretty much already defined and the debate will ultimately centre on which canals to develop and where a new waterway might need to be built, with the distinct possibility that Parnell’s Grand Contour Canal (or something very similar) could well, finally, come into its own.

That leaves the so-called ‘last mile’ deliveries where electric trucks (with their relatively limited range) could dovetail in very neatly. Already the first tentative examples of what the future might offer are, like the first shoots of spring, visible on the Thames with the likes of DHL and Livett’s intra Port of London light freight movements.

DHL operates a daily riverboat freight service transporting small packages into the capital for last mile delivery by bike, stating that ‘blended transport modes to improve access to urban areas is an important step towards exploring the use of the river for small scale freight transport’.

Recently Livett’s launched a twice-daily river service running from Dartford to Butler’s Wharf with vessels carrying essential medical supplies for Guy’s and St Thomas’ Hospital. The final stretch of the journey is then completed by electric cargo bikes.

Both flows currently represent niche traffic but already they are beginning to chart the role that waterways might play as an integrated part of local distribution, representing an important part of the learning process.

Any debate on inland freight will inevitably centre around wharfage (or rather the lack of it) and that is among those in power who have actually considered its place within an integrated transport strategy, compatible with a burgeoning climate emergency.

Frustrated by the overall lack of awareness that the waterways have to play, John Spencer of GPS Marine – the largest multi-cargo barge operator on the River Thames and Medway – has instigated his own campaign (with the full support of the Canal Boat Operators Association – CBOA) to raise awareness and fight for the retention of existing wharfage. He said: “The CBOA, the Canal & River Trust, the Inland Waterways Association and the Port of London Authority are working together to kick-start a revolution in the way goods are transferred around the country.

“The aim is to get more freight off roads, where traffic pollution is known to cause severe health problems in built-up areas, and on to freight carriers on the UK’s rivers and canals.

“The problem is we’re using 19th century infrastructure to solve 21st century problems,” John observes, “but as an individual company we’ve been hitting our heads against a brick wall. We’re now working with major waterways organisations to get things moving.”

The Port of London Authority has just launched a new consultation and vision for the Thames. The river is already the UK’s busiest inland waterway. Thames Vision 2050 identifies the development of Trading Thames as a priority, with strong long-term potential for using the river to connect the deep sea port outside London with customers and consumers within London.

Between them these organisations are approaching the Department for Transport, Defra and relevant select committees, aiming to deepen understanding of the opportunity and what needs to be done to make the most of it.