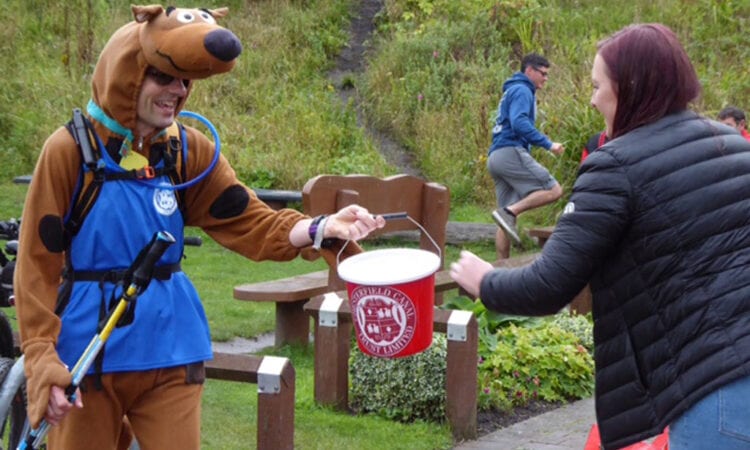 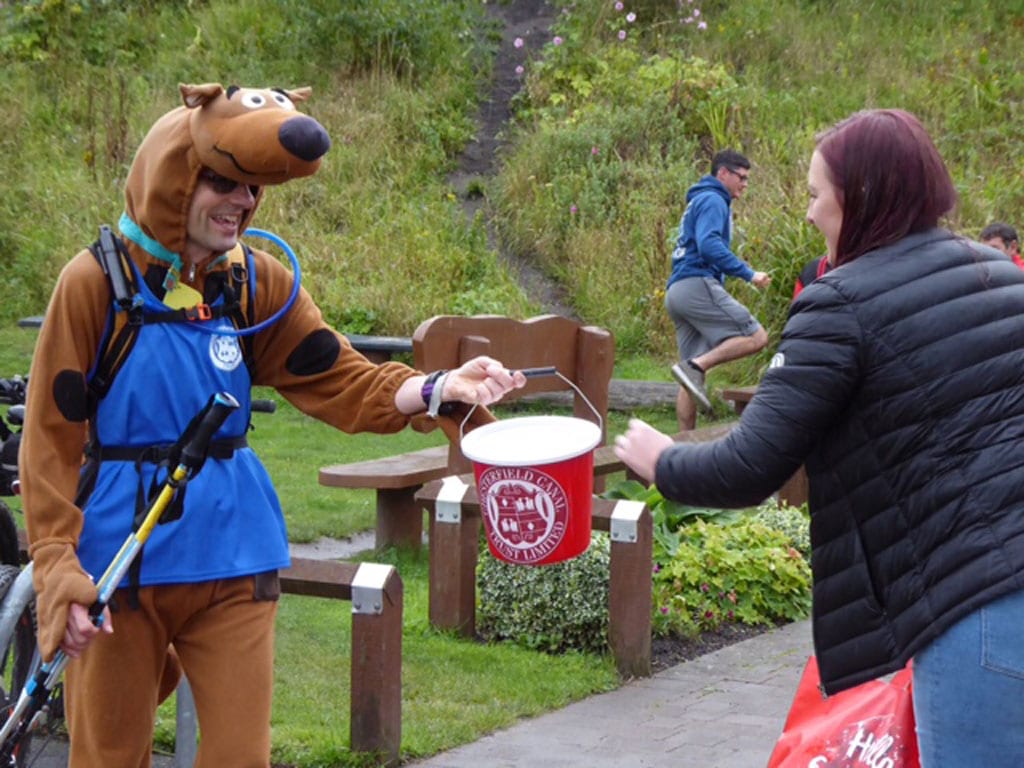 David Smith has run the full length of the Chesterfield Canal and back in a day. That’s the equivalent of 3½ marathons.

He did it to raise money for the Chesterfield Canal Trust’s 2027 Appeal. Just to make it more interesting, he was dressed as Scooby Doo!

David is a Life Member of the Trust. He is also a pharmacist. Having done a morning’s work, he left Chesterfield at 2.40 p.m. on Saturday 29th August. He ran all 46 miles to West Stockwith on the River Trent, arriving just after 1 a.m. He then turned round and ran straight back to Chesterfield, arriving at 1:46 p.m. 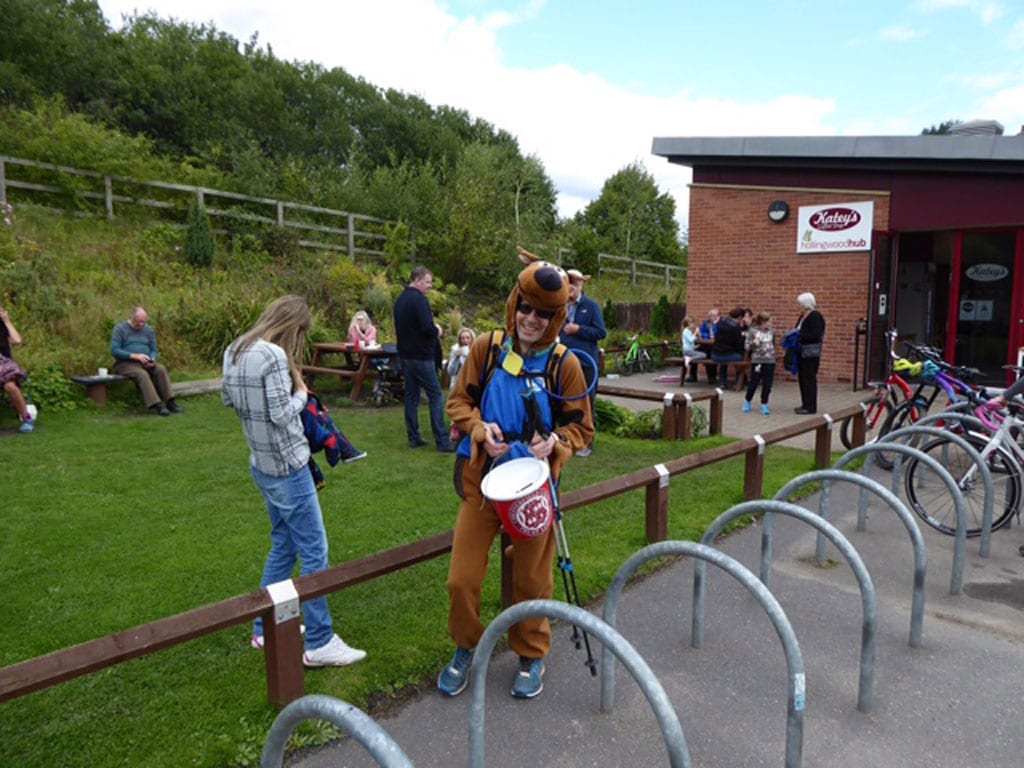 David said: “Huge thank you to everyone who has donated. It really helped when I was tired, in pain and struggling to keep going that the run was making a difference.

“I had a great time despite bramble hacking through Renishaw, crawling under fallen trees at Kiveton Park, tripping in the dark at Retford, getting lost at Drakeholes and having constant wet feet thanks to the rain. But it was so worth it. 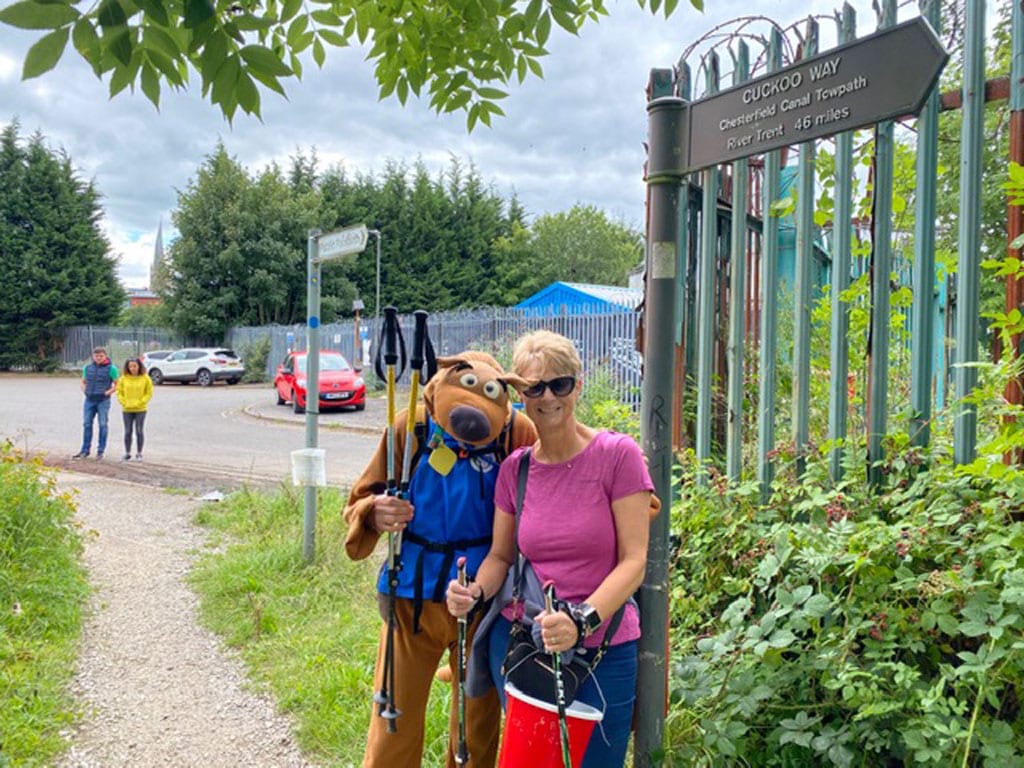 “We have a great canal and it needs restoring and maintaining so everyone can enjoy its delights for many years to come.”

It is still possible to donate to David’s crowdfunder page which will be open until 25th September. Just search for Chesterfield Canal Trust and follow the links.

David is no stranger to raising money for good causes, but this year all the usual public marathons and half marathons have been cancelled. He often does training runs along the canal, so he decided upon this new challenge.

The Trust’s stated aim is to complete the restoration of the Chesterfield Canal by 2027, which is the 250th anniversary of its opening. 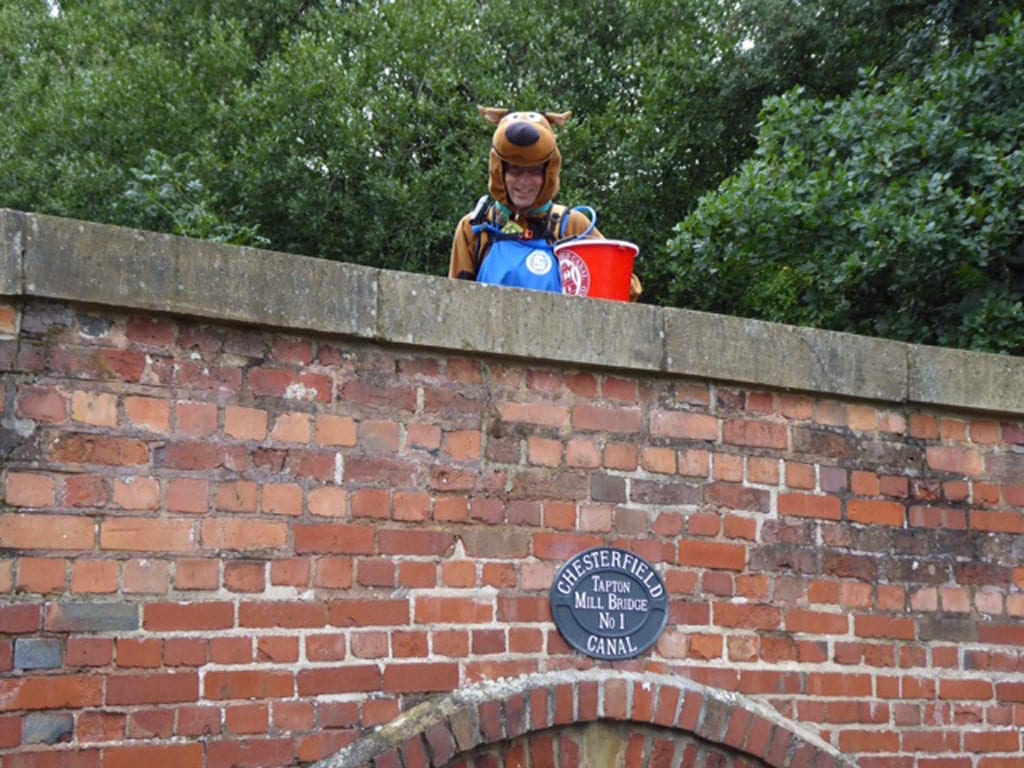 Originally 20 miles of the canal from Worksop to Chesterfield lay derelict, but 12 miles have already been restored along with 11 bridges, 37 locks and 2 marinas. Some of the work has been done by the Trust’s volunteers including restoring four locks and building two new ones.

There remains just over 8 miles of restoration still to be completed. Just over 1½ miles of this is covered by the planning application that the Trust has recently submitted to Chesterfield Borough Council.