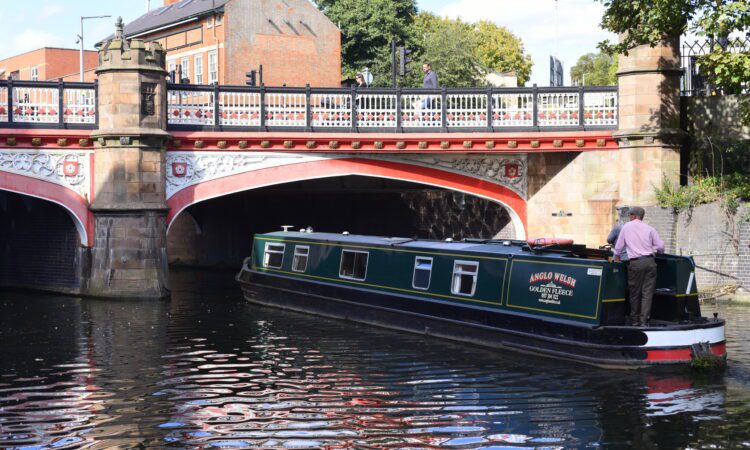 The Canal & River Trust is bringing together businesses, community groups and local authority departments in Leicester to help make the city’s waterways better for people and wildlife.

The charity is launching the Leicester Waterways Improvement Partnership to make the River Soar and Grand Union Canal running through the city even more special and use them as a way of tackling some of the city’s key challenges.

With 117,000 people, more than a third of the city’s population, living within 1km, Leicester’s waterways are uniquely placed to help improve people’s lives; supporting physical and mental health, contributing to economic recovery and providing opportunities for social interaction and skills development.

In order to really maximise these benefits the Trust is looking to pull together a broad range of organisations to help identify and deliver a range of projects along the waterways.

Leicester’s waterways have seen significant investment from the Canal & River Trust, City Council, Local Enterprise Partnership and developers in recent years with improvements including resurfaced towpaths, better connections with other local walking and cycling routes and the provision of new moorings for boaters.

The Trust hopes that these improvements, along with the growing number of businesses and community groups playing an active role in caring for the waterways, can be the catalyst behind the new partnership.

Phil Mulligan, regional director for the Canal & River Trust, said: “There’s already some fantastic examples of partnership work on Leicester’s waterways – whether that be collaborating with the City Council and LLEP on towpath improvements or the community adoption groups who get out regularly to help us look after their local stretch of water.

“We want to build on that and get even more people taking pride in their local waterways and feeling the benefits of doing so. There have been some amazing improvements made to Leicester’s waterways in recent years but there’s so much more that can be done to improve them for boaters and local communities.”

The charity also hopes that the partnership can play a key role in its ambitious plans to achieve prestigious Green Flag status on a 40km stretch of water running from Loughborough to Kilby Bridge. Green Flag Awards are given to the best open spaces across the country and, if successful, the River Soar and Grand Union Canal would join 2,000 of the nation’s best-managed locations including the National Memorial Arboretum in Staffordshire, Woodhouse Park in Peterlee and Chiswick Old Cemetery in London.

Anil Majithia, chair of the Canal & River Trust’s East Midlands Advisory Board, said: “By working in partnership we can achieve so much more and also ensure that everyone can feel the benefits that healthy, thriving waterways bring – whether that be helping to improve physical and mental health or attracting visitors and giving the local economy a boost.

“We’re keen to work with as diverse a group as possible and are calling for anyone keen to play an active role to get in touch.”

To find out more about the work of the Canal & River Trust, including how you can support through volunteering or making a donation go to www.canalrivertrust.org.uk.