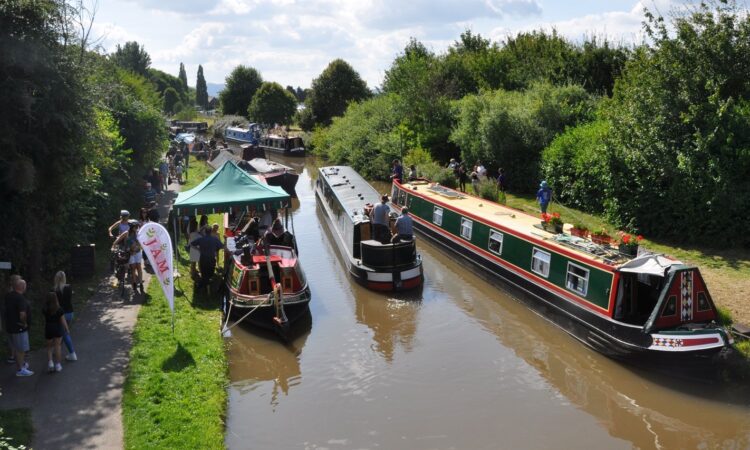 THE Inland Waterways Association celebrated its 75th anniversary year at Perdiswell Park in Worcester.
The IWA Festival of Water attracted thousands of eager visitors keen to join in the fun.

Children had plenty to do in the ‘Find it Do it’ Worcester arena, ‘Wild over Waterways’ marquee and Victorian funfair. New for this year, the festival featured a series of talks on green boating, IWA and the waterways. Alarum Theatre performed and artists in the entertainments marquee, including local groups, played to full houses.

Coun Adrian Gregson, Deputy Mayor of the City of Worcester, opened the festival. He said he was delighted to welcome the Inland Waterways Association back to the Worcester & Birmingham Canal, where its formation was first mooted just a few miles away at Tardebigge. Since then, many hundreds of miles of waterways have been restored by the 75 years of campaigning work of IWA.

Volunteers worked tirelessly for the past two years to put on this event – despite it having to be cancelled in 2020 owing to Covid.

IWA national chairman Paul Rodgers said: “I am extremely grateful to the team at Worcester City Council for their unwavering support, to the caterers and stall holders who held the faith and to all the volunteers who gave their time and put in so much effort to ensuring the event was such a success.”

Compiled by the IWA’s Gemma Bolton