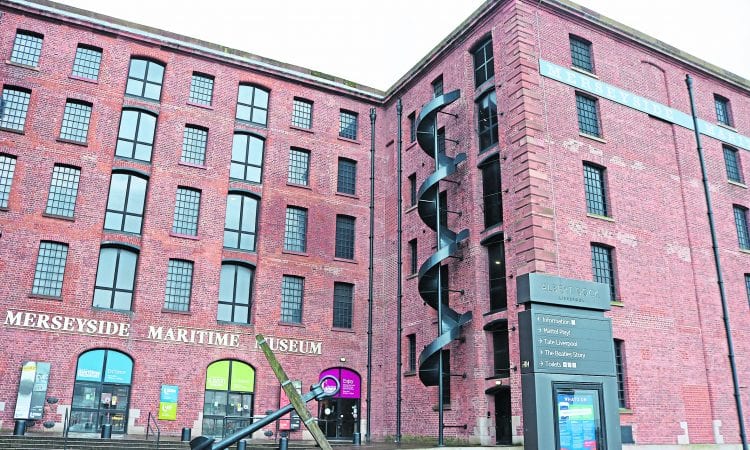 The only national museum of its kind in the world.

THE International Slavery Museum is located in Liverpool’s Albert Dock in the zone where ships once set off on their heinous mission to collect cargoes of people who had their freedom stripped from them.
Situated at the centre of the World Heritage Site, the museum says it is ‘the only national museum in the world dedicated to the history of the transatlantic slave trade and its legacy’.
Any museum that exhibits the unacceptable truth about the denial of human rights and the execution of gross atrocities in the pursuit of power and profit is an uncomfortable ‘must’ to visit.
The revolting so-called trade that enslaved some people while building the prosperity of others was a complex web of connections in the years between 1500 and 1900, and the industries of Britain’s canals were inevitably entangled.
No book that speaks about the joys of Britain’s canals would be ethically complete without facing the issue of slavery. Bristol, London and Liverpool had ports that thrived on the slave trade, and by the second half of the 18th century it is estimated that around three-quarters of all European slaving ships left from Liverpool.
One reason for the dominance of this Lancashire port could be that it was served well by canals and rivers. Textiles from Lancashire and Yorkshire, salt from Cheshire, pottery from Staffordshire and metal goods (horrifically including chains and guns) from the Midlands were all transported along the inland waterways to Liverpool – from where they became part of the trade triangle.
Trade triangle
The trade triangle was a three-way journey that started in goods from Europe being shipped to Africa where they were exchanged for people. The second part of the trade triangle involved the Middle Passage which was the six-to-eight-week voyage across the Atlantic to the Americas. Africans were piled in the holds of ships that ignored all cries of humanity, and not all survived the journey.
On arrival in the Americas, the African people who had successfully fought off death during the passage were sold into slavery. The third stage of the triangle then carried resources from the American plantations home to Europe, including such 18th-century riches as sugar, coffee, tobacco, rice and cotton.
The profits of the trade triangle fed the lifestyle of high society with coffee shops in London and gentlemen’s coveted tobacco supplies. Many other industries were built on a pedestal of wealth rooted in the slave trade. Even unwittingly businesses could benefit from private investors and bankers made wealthy by indirect connection to lucrative trade in slavery.
There were influential philanthropic canal people who joined the Africans in their revolt against slavery. Quaker families such as Cadbury refused to buy resources from plantations based on slavery, and showed by example that business could succeed from fair trade and ethical investment. Josiah Wedgwood supported abolition and produced a medallion with the image of an enslaved man, with the inscription ‘Am I not a man and a brother?’.
Wedgwood’s medallion became the ionic image of the abolitionist movement. The political push of Quakers, William Wilberforce and Olaudah Equiano (the voice of African abolitionists) added muscle to the organised rebellion of the African people and eventually in 1807 the slave trade in the British Empire was ended. In 1833, slavery itself was abolished.
When the sun shines hardest on any strawberries and cream day by the canalside, people nod and smile together as they mess about in boats or stroll the towpaths. The evils of slavery seem to belong elsewhere, but the insidious story of slavery travels even through Britain’s beautiful canals.
The International Slavery Museum tackles the truth with brutal sensitivity. It manages to exhibit a positive reconciliation of what has passed and what can yet be done, which has to make this museum a treasure of the canals.