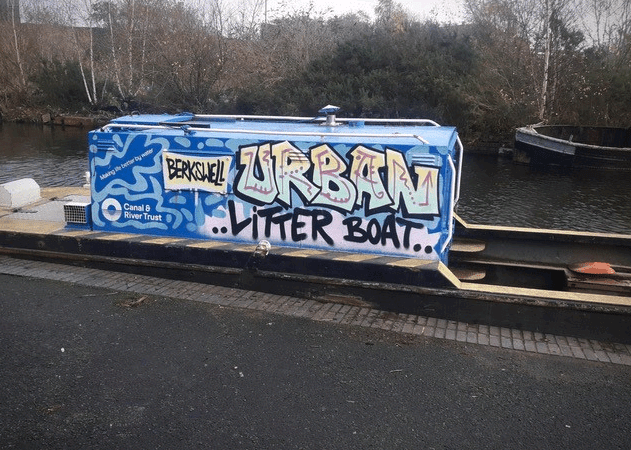 Phil Pickin questions whether the charity has fully embraced the need to address ‘all things climate change’.

OVER the past few years, we’ve all grown more accustomed to reports of the growing need to combat climate change, something that crosses all walks of life.

Many organisations have pledged to do more and to change the way they operate, but for many, it would seem that this is little more than a bandwagon to jump on as it passes by.

Sometimes it would seem that the Canal & River Trust has not fully embraced the need to address ‘all things climate change’. In late 2021 it published a number of videos on its YouTube channel; each one featured an aspect of the work it is involved in to combat the climate emergency.

But it seems that all too often, little progress has been made. As an example, the idea of using canal water for use in heat pumps doesn’t seem to have progressed much beyond the discussion stage. The Mailbox in Birmingham is supposed to use the adjacent Worcester & Birmingham canal water for heating and cooling, but we understand from the management company that: “The heating/cooling system isn’t currently in use at Mailbox.”

Hydropower projects also seem to be thin on the ground, with a small number being set up by groups on a very local basis. But as is often said, ‘every little helps’.

More recently, the trust sent out a press release to tell the world that it is looking at using HVO fuel in its workboats. This is a step in the right direction, but this fuel needs to be genuinely recycled to provide a green alternative to diesel. The idea of using used cooking oils to offer an alternative to diesel is a good one, but only if you can use old oil.

It has been highlighted that the possible shortfall in the amount of this raw material available could mean that producers have to use virgin oils, like rapeseed, to plug the gap. This, you may think, isn’t too bad but, when you look at the amount of land given over to growing these crops (and the associated use of pesticides and insecticides, not to mention the damage to the soil), it is almost as bad as using fermented dinosaurs!

HVO trial
CRT’s press release stated: “The Canal & River Trust has begun a trial of HVO (Hydrotreated Vegetable Oil) fuel in its workboats. The charity sees this as a step towards zero emissions on the waterways and is supporting the fuel as a greener alternative for boats and boating businesses.”

“The fuel is currently being trialled in the urban litter boat Berkswell in Birmingham and will start to be introduced to other craft operating out of Icknield Port, continuing until the end of March 2022. During this time, the trust will be monitoring the effects of using the HVO fuel. Initial reports indicate that the craft is operating well, with no reported issues. If successful, there will be a gradual rollout across the whole fleet from April 2022, to coincide with the withdrawal of commercial red diesel.”

It would seem that the trial is being funded by the People’s Postcode Lottery through its Postcode Climate Challenge Initiative and says that it will be ‘gathering feedback from fuel suppliers and boaters across the trust’s waterways who are now supplying or using HVO’.

We contacted the supplier of the HVO fuel to be used in CRT’s workboats, Green Biofuels Ltd, who were able to provide a significant amount of information and assured us: “All HVO fuel supplied will be produced from used cooking oil and sourced from Nestlé, and that we will certify this on a quarterly basis under the RFAS [Renewable Fuels Assurance Scheme],” according to their UK sales manager, Ged Kennedy.

The availability of HVO is likely to expand with marinas like Aqueduct in Cheshire looking to install the tank and delivery equipment to make it available to boat users. Although there are still some obstacles to overcome, the hope is that, with HVO fuel available to boaters and being used by CRT, the sector’s carbon footprint will be significantly reduced.

The Canal & River Trust could well take the lead on moves towards a greener and more environmentally friendly future. Let’s hope that they don’t miss the opportunity.