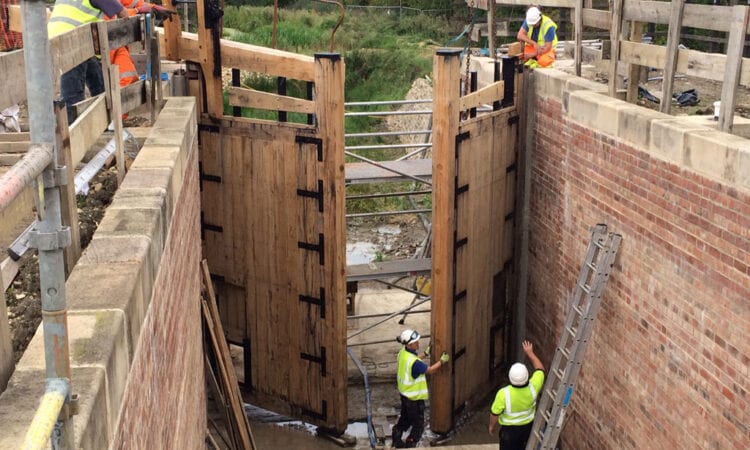 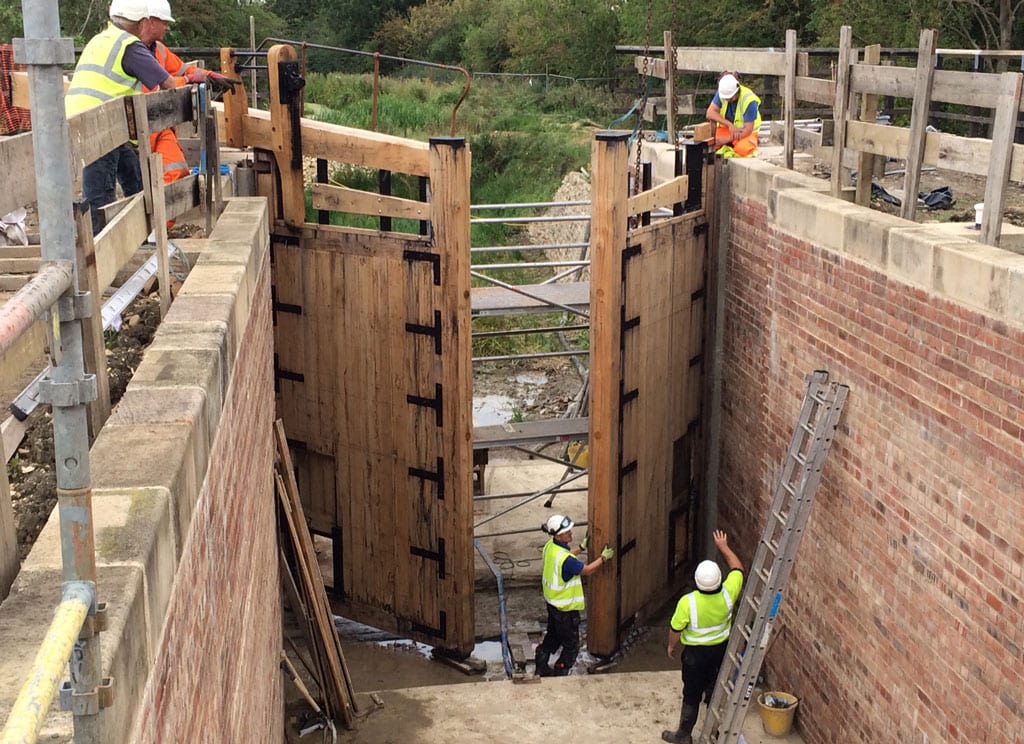 Volunteers on the Grantham Canal are getting back into the swing of things after lockdown by lifting new oak lock gates into the restored Lock 14 – the first new gates the lock has had in almost 90 years.

The Canal & River Trust, Grantham Canal Society (GCS) and the Waterway Recovery Group have been working for the past two years to restore the formerly derelict lock near Stenwith.

The restoration had been on hold for several months due to the coronavirus lockdown but, with restrictions easing, the team have wasted little time in getting the lock ready for it’s new gates.

The new oak gates have been hand built at the Trust’s lock gate workshop at Stanley Ferry near Wakefield. Each of the bottom gates weighs 2.3 tonnes with the top gates weighing 1.1 tonnes each.

The lock, which was designed and built by renowned canal engineer William Jessop over two centuries ago, is being restored after falling into near dereliction.

It’s all part of a project, which has been awarded a £830,500 grant from the National Lottery Heritage Fund, to bring locks 14 and 15 back into use.

The project has already seen the full restoration of Lock 15 which last year welcomed its first boat since falling into dereliction in the 1920s.

Since 2018, the volunteers have been taking the crumbling walls down brick-by-brick, laying new foundations and rebuilding the walls by hand.

Karen Rice, project manager for the Canal & River Trust, said; “This is such a milestone in the long history of the canal and after the past few months it’s such a relief to finally get here.

“The volunteers have been amazing all the way through this project and it’s been so frustrating for everyone to put everything on hold.

“We’ve all been itching to get going and as soon as we got the green light to get back on site everyone’s been working flat out to make up for lost time and get the lock ready for it’s new gates.

“It was such a special, historic moment to see the lock gates lifted in and caps an incredible five years in which we’ve seen two derelict locks brought back to life. It couldn’t have happened without the support of the National Lottery Heritage Fund and hard work of the volunteers and we’re so grateful for everything they’ve done.” 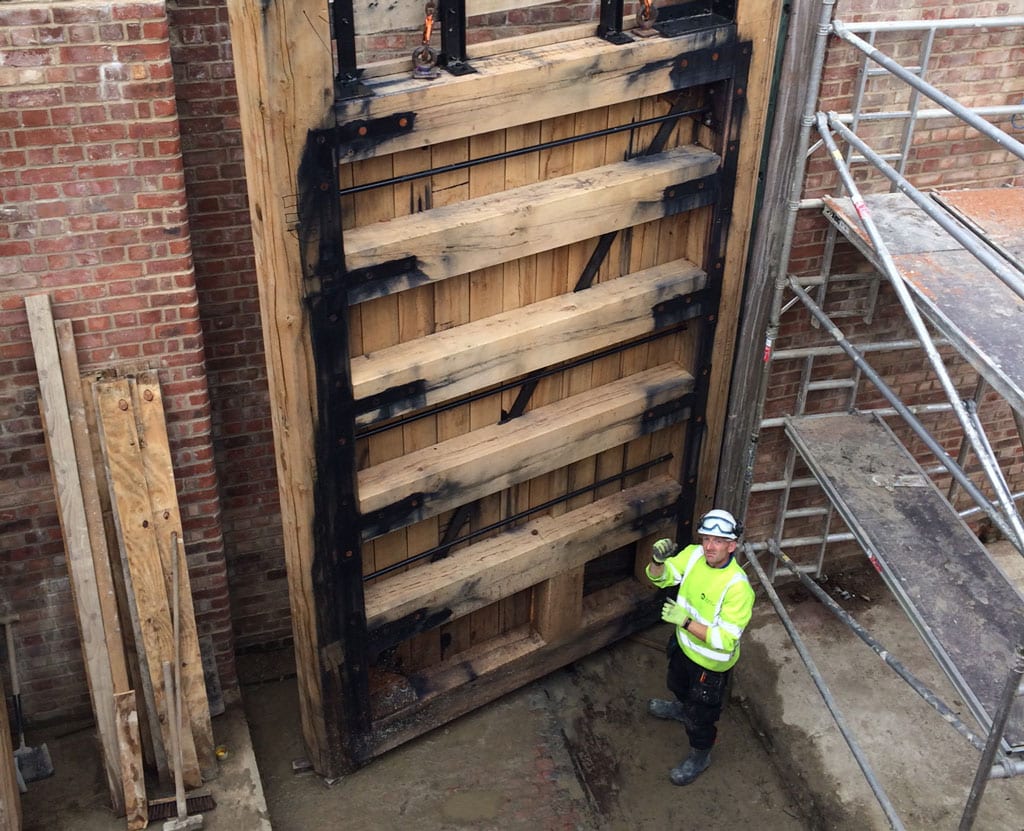 The canal was opened in 1797 as a cheap way of transporting coal from Nottingham to Grantham. It proved prosperous until the opening of the Grantham to Nottingham railway in 1850. Unable to compete with the railway the canal eventually closed to boats in 1929.

By the 1960s most of the locks on the canal were derelict and their lock gates replaced with concrete weirs to control the water levels.

Mike Stone, Chairman of the Grantham Canal Society, said: ”This is the second major lock restored with the majority of the work undertaken by the small team of highly skilled Grantham Canal Society volunteers who, with considerable learning from lock 15 were able to complete lock 14 in a much quicker timescale. There are still two further locks in the Woolsthorpe flight requiring major restoration work so if there are potential sponsors out there please contact me.

“The Society thanks our many supporters as it could not have achieved so much in a short time without financial assistance from many individuals and particularly funding and managerial support from the Canal & River Trust.

“In addition to the funding from The National Lottery Heritage Fund and over £90,000, raised by the Society with the support of many local communities.

“The project has also received support from WREN, Donald Forrester Trust, the family of Alan Applewhite, and Michael Worth on behalf of the Waynflete Charitable Trust.”

As well as the physical works the aim of the project is also to raise awareness of the canal’s built and natural heritage and encourage more people to explore it through walking trails, archaeological activities, on-site information and online resources.

For more information on the Grantham Canal go to www.granthamcanal.org or for more details on how to get involved in the restoration contact volunteer@granthamcanal.org.