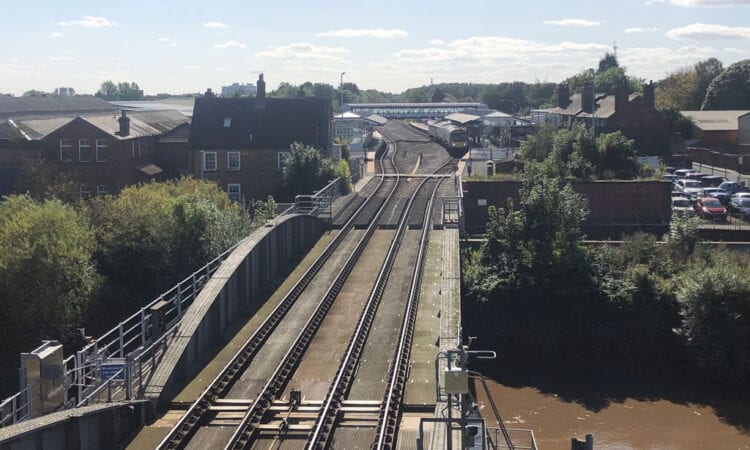 Network Rail has today (Tuesday, 23 June) confirmed that the Grade II listed railway bridge in Selby will not be swung on Wednesday or Thursday this week as temperatures are set to soar.

With high temperatures forecast on both days, Network Rail has taken the decision to keep the bridge in the railway position on these days. This is necessary as hot weather can impact on the operation of the bridge.

Rails in direct sunshine can be as much as 20°C hotter than air temperature and, because rails are made from steel, they expand as they get hotter. If this happens on the bridge, it means that the rails cannot line back up properly, meaning the bridge can’t close again if it has already opened to waterway traffic. This would mean disruption to rail services on the route between York, Selby and Hull.

The Government advice remains that people should avoid public transport where possible. This means that those who are travelling on trains are likely to be critical workers or those who cannot work from home, so it is even more important that train services remain running reliably during this time.

In 2014, Network Rail invested £14million to improve the bridge and make it more reliable. The work included track upgrades, repairing steel work and improvements to the hydraulics and were the most significant improvements made to the bridge since its construction.

Chris Gee, Head of Operations for Network Rail’s North and East Route, said: “This has been a difficult decision and not one which we take lightly as we know this is a much loved and used waterway.

“It’s really important that we keep those who need to travel by train moving reliably and keeping this bridge in the railway position is one proactive measure we can take to do this.

“We’re sorry for any inconvenience this caused and thank people for their patience for any disruption caused.”

Whilst the bridge is expected to reopen to waterway traffic on Friday, this decision will be reviewed in line with forecast temperatures.