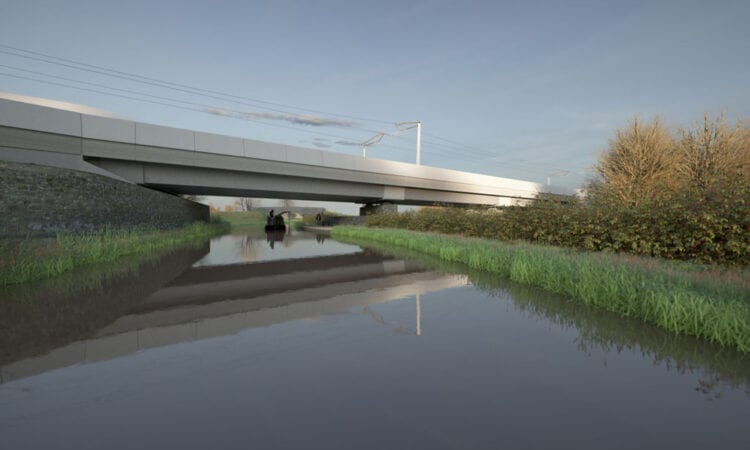 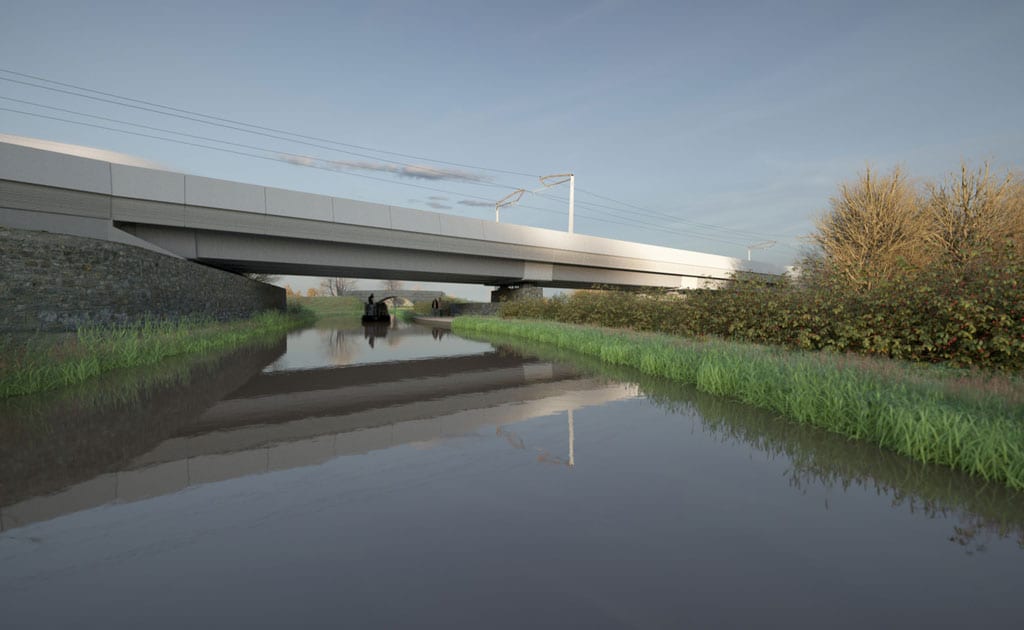 HS2 Ltd today revealed the first images of its planned Oxford Canal Viaduct and is seeking views from the local community about the design of the viaduct between Banbury and Daventry.

Set low in the landscape, three prestressed concrete spans will take Britain’s new low carbon, high-speed railway 62.5 metres across the canal, towpath and a country lane near the village of Wormleighton.

It is one of 15 viaducts and bridges across the central section of the HS2 route which is being designed by HS2’s main works contractor EKFB – a team made up of Eiffage, Kier, Ferrovial and Bam Nuttall – working with architects Moxon and design partners ASC – a team made up of Arcadis, Setec and Cowi.

The viaduct has been designed to be as open as possible to improve the environment for boaters and walkers, allowing views across the landscape and the horizon.

The design combines a simple overall form with a special focus on materials for the parts of the structure that are close to the canal and its visitors.

Rough-cut masonry features in the design where it faces onto the canal and towpath. This is to give a sense of design continuity and as a nod to the architectural heritage of the canal.

Opened in stages between 1774 and 1790, the 75 miles long Oxford Canal is one of the oldest in Britain and was designed to bring coal from the Coventry coalfields to Oxford and the River Thames. 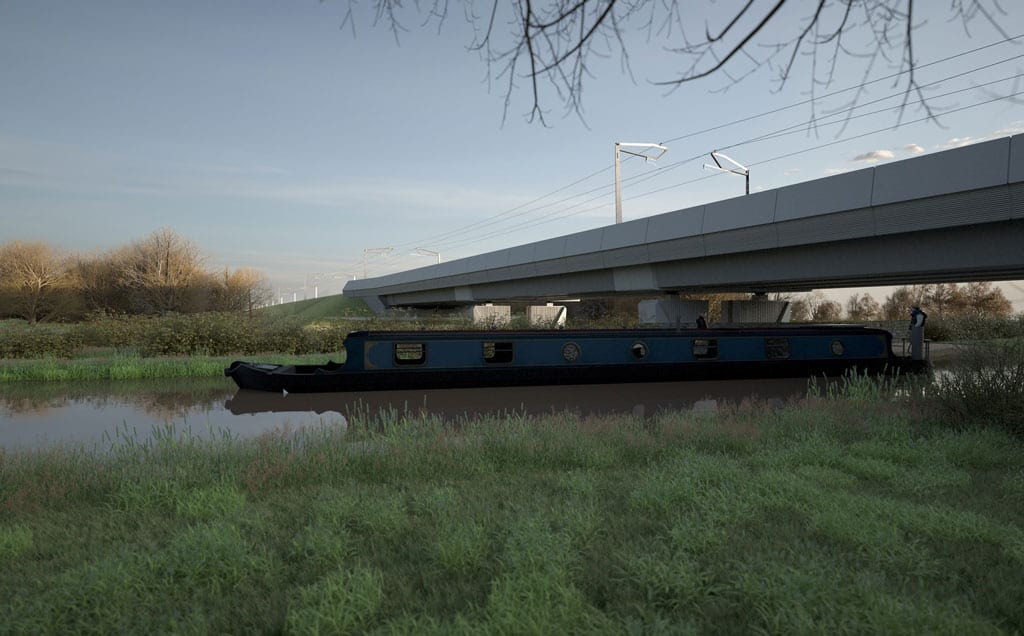 HS2 Ltd today launched an online design engagement event to gather feedback from the community. One of the key questions is whether the masonry finish used on the wall in front of the abutment should also be extended to the two sets of piers that support the structure.

HS2 Project Client Director, Ambrose McGuire said: “The Oxford Canal Viaduct is one of eight key design elements on the central section of the HS2 route and I’m pleased to see the amount of thought that’s been put into the design.

“The building of the canals revolutionised transportation and helped to build modern Britain so it’s great to see how our contemporary design includes a nod back to those eighteenth-century pioneers.

“We’re keen to hear what the community has to say and I would encourage anyone with an interest in the bridge to have a look at the designs and let us know their views.”

EKFB Technical Director, Janice McKenna said: “We were given the challenge of designing a structure that would sit as lightly as possible above the canal, while being low enough to protect views across the countryside.

“That’s why we came up with the idea of lengthening the span over the canal to bring in light, while keeping the continuity of the towpath and using the same kind of rough-cut masonry that is such a feature of the existing canal bridges. I hope the community like the designs and look forward to hearing their views.”

The full design engagement can be found here, with the local community also invited to sign up to a series of webinars to hear more about the thinking behind the design from the engineers and architects involved.