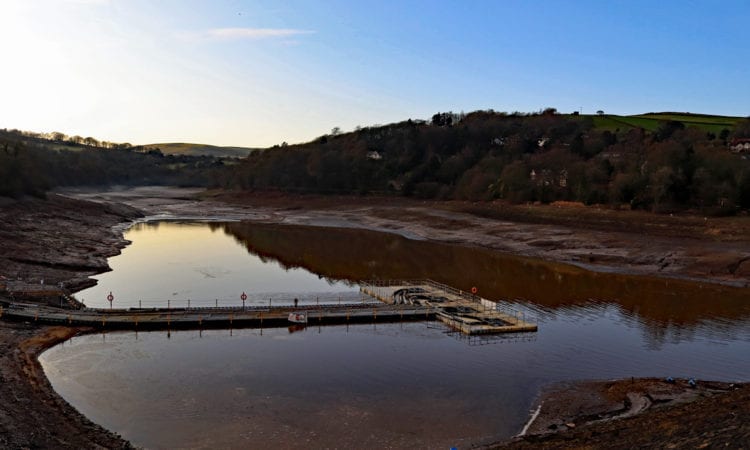 MAINTAINING water supplies for boating on the Peak Forest Canal looks set to become a challenge over the next few years in the wake of the Toddbrook Reservoir emergency.

The news came in a meeting held by Canal & River Trust to give an update on progress at the site above the town of Whaley Bridge in Derbyshire.

Back in July 31 last year there was heavy rainfall across Derbyshire and the Peak District, resulting inToddbrook reservoir becoming very full and excess water flowing over the spillway on the dam wall.

For some as yet unknown reason, part of the concrete covering the spillway broke away and exposed the clay and soil dam beneath it.

With the integrity of the dam possibly compromised, large parts of the town were evacuated while the levels in the reservoir were reduced by 12 high-capacity pumps moving the water out into the River Goyt.

The reservoir is now nearly empty of water and plans are progressing towards a permanent repair and eventual return to use to provide water to the Peak Forest Canal.

The latest update was through a media day at the reservoir and a public meeting in Buxton, which was attended by nearly 100 people.

At present, the meeting heard, the reservoir is nearly empty of water, a third fish rescue has taken place and the flow of water from the main source, Todd Brook, has been diverted around the reservoir down the bypass channel into the River Goyt.

The pumps that emptied the reservoir are still in place, with one on an automatic system to pump if the water level rises following heavy rainfall.

There are two separate independent enquiries ongoing, one commissioned by CRT and the other by the government.

Once these have reported, a long-term plan will be developed to repair the dam.

In the meantime, work was set to start this new year to install new walls and a waterproof membrane fitted on the undamaged parts of the spillway to protect it if any further extreme weather events occur.

It is anticipated that the full works to make the reservoir able to once again supply the Peak Forest Canal could take several years and cost around £10 million.

Daniel Greenhalgh, the northwest director of the CRT, said while the priority was keeping Whaley Bridge and its residents safe, this might not be great for boaters, following on from the last two years of lock rebuilding on the Marple flight, as there would be a real challenge over the next few years of maintaining water supplies on the Peak Forest Canal, with restrictions in lock usage likely.