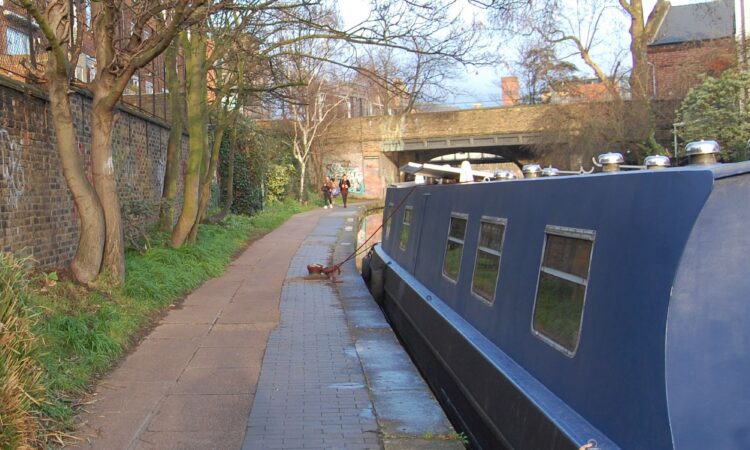 The Canal & River Trust is inviting boaters and local stakeholders to take part in a consultation on ways to improve the management of mooring space on central London’s busy canals[1] to balance the needs of local and visiting boats.

With boat numbers across the whole London waterway network remaining at around record levels (c.4,000 boats[2]), amongst the proposals included in the consultation is an increase in pre-bookable paid moorings at ten central London short-stay visitor sites. Pre-bookable paid moorings have been successfully operating at an initial two locations since 2019, offering the assurance of a mooring spot to both residential and leisure boaters in and around London as well as boaters visiting the capital. Combined, the pre-bookable paid moorings will account for around 40 berths with the majority of short-stay visitor moorings, and all the 14-day towpath moorings, remaining unchanged.

Views are also being sought on a proposal to make access to short-stay visitor moorings fairer by a more active management of the sites, limiting the amount of time individual boats can use them in a year and increasing the overstay charge if they stay longer than permitted.

Finally, to reduce the risk of blocking the channel and to make navigation safer, the consultation proposes preventing triple mooring and mooring against a widebeam on the busiest central London waterways.

The Trust’s 2018 London Mooring Strategy, which set out plans to improve the experience of boating in London and make the waterways a place that can be shared safely and fairly, highlighted the need to make moorings more accessible for all boats visiting and navigating through the capital, as well as those boats that predominantly cruise in London. This consultation is aimed at balancing the needs of boaters without permanent moorings with those of boaters who want to visit the capital.

The Trust has sought suggestions from boaters about how to fairly manage the space and has ruled out several options, including a ‘congestion charge’, a ‘London Licence’, and a limit to the time boats can spend in central London on top of existing continuous cruising guidelines.

Ros Daniels, Canal & River Trust regional director, said: “Boats and boaters bring so much to London’s waterways and are an intrinsic part of the capital’s canal culture. Our proposals recognise and protect that and will help make the waterways accessible to boaters who want to visit them, and who have previously been put off because they don’t think they’ll be able to find a place to moor.

“After a lot of discussion with boaters, we’ve identified proposals that we believe will offer a balanced solution, giving boaters the option of guaranteeing a space, ensuring our short-stay sites are being used fairly, improving safety, and preserving all our existing 14-day towpath moorings.

“We must find a way to manage this finite space to keep the canals safe and shared fairly between liveaboard, leisure and trade boaters. I’d urge every boater to take part in the consultation and share their views.”

The consultation is running until March 2022. To take part, please visit: canalrivertrust.welcomesyourfeedback.net/London

The Trust is also introducing Water Safety Zones on the Lee Navigation as part of the Strategy. Following independently facilitated consultation with stakeholders, it is currently following the first recommendation in the independent report – to ‘explain and enforce the existing rules and regulations’ – putting up clear signs and walking the towpaths daily, speaking to boaters about the existing ‘no mooring’ areas, with the Trust’s existing Improper Mooring Process due to come into effect from January 2021.

[1] Waterways covered by the proposals include the Grand Union Canal east of Kensal Green, the Regent’s Canal, the Hertford Union Canal, and the Limehouse Cut.
2 4,274 boats at the last full national boat count in 2019, with weekly sighting data over the past 18 months showing numbers remain high.
Article continues below...