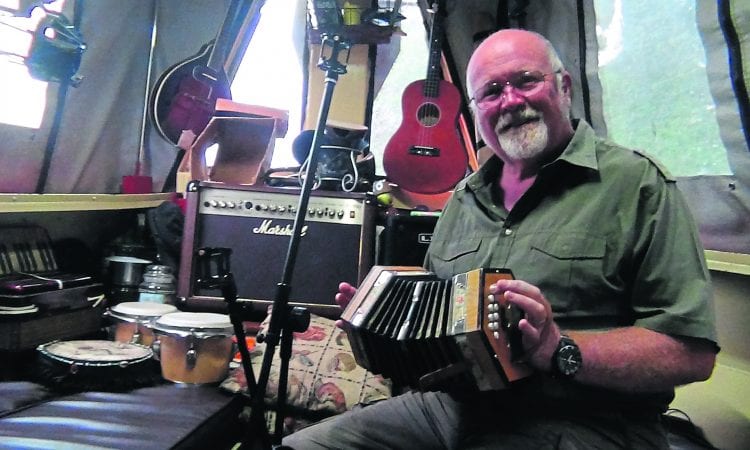 Noah Price meets the man behind the musical internet sensation, The Narrowboat Sessions.

MARK Holdsworth, 56, a retired, ex-forces engineer, has held two passions close to his heart throughout his life – narrowboats and music.
In 2014 he decided to combine the two in the form of The Narrowboat Sessions. It is a platform where unsigned artists, regardless of their age or background, can showcase their original acoustic material.
Mark films and records their performances and then posts them up on the internet. This simple concept has brought about a level of success he could never have predicted. “It’s gone bonkers,” he says heartily, “I love it but it has taken over my life.”
With more than 11,000 members on The Narrowboat Sessions Facebook page and more than 200 subscriptions on its YouTube channel, Mark is receiving more and more applications from up-and-coming artists  every year.
He explained how the idea was conceived: “It was a pure fluke,” he said, “it all started when me and a few friends were just having a jam on the towpath one day, and then it started raining. I suggested that we went inside and carried on jamming in there.”
It was this decision which made Mark and his friends realise that the front of his boat, the Cariad IV, had the makings of a good performance and recording space. 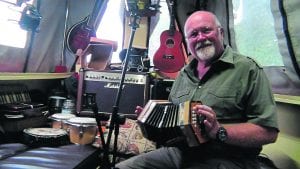 “The beautiful thing about this boat,” he explained, “is that it has a 9ft long cratch and because the canvas slopes down on the sides of it there’s no reverb or resonance in there. It flattens the sound completely like a professional recording studio.”
It is this design and the ingenious addition of a sleeping bag – tucked into the roof for extra acoustic padding – which has made The Narrowboat Sessions possible.
But it was his friend, the late Maggie Boyle, a well-established folk-singer and musician, who gave the project the kudos it needed to make its next step.
“I managed to persuade her and her ex-husband, Steve Tilston, to do a narrowboat session. I filmed it and then a month after that I put the video up online and it went viral.”
Sadly, Maggie died later that year of cancer but it was her support for the project and her contribution which has helped it grow ever since.
Mark originally intended to create and release a double album every year, comprised entirely of a number of recordings from The Narrowboat Sessions. However, there has been a delay on the release dates due to the sheer workload of the project. The 2014 edition is now available for purchase on The Narrowboat Sessions website and the 2015 album will be out before Christmas. But nothing has changed about the main objective behind the project.
As a tribute to Maggie, all the profits gained from the purchases of the albums will be donated to Cancer Research. The sales of the first album have already raised £3200 towards  the cause.
Some of Mark’s friends, although respectful of his noble intention, have tried to convince him that he could draw an income from the project. But “music has always been more of a love to me than an income,” he says. “We get all these nice people, with amazing talent, coming to our boat. We help them and they help us to raise money for Cancer Research. And I get a free gig! What more could you ask for?”
The window of opportunity for artists to perform on his boat has come to an end for this year. But next year Mark and his crew of friends and family will start off touring from the middle of May right up until the end of September. He has already been as far as Liverpool, London and Birmingham. This time he plans to scout around the Midlands canal network offering the platform, once again, to more undiscovered gems to shine through The  Narrowboat Sessions.