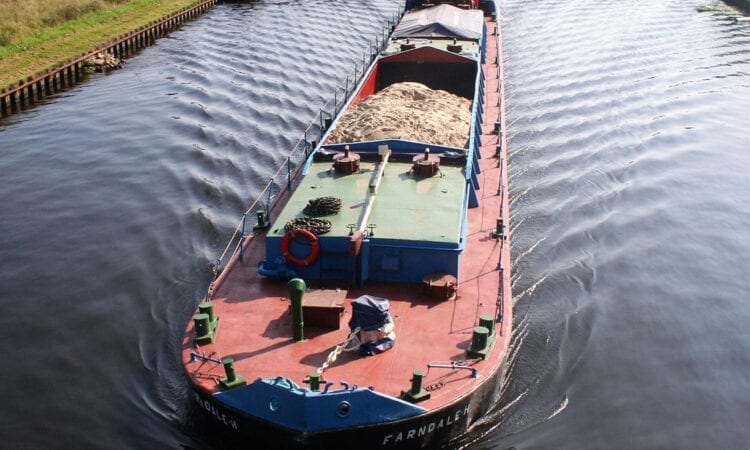 CBOA is calling for fuel duty on diesel for water freight to be treated in the same way as for rail freight.

The Government proposes to exempt rail freight from proposed diesel fuel duty increases because it fears the resultant cost increase would drive traffic onto roads, the opposite of what the Government wants.

“The reasons why rail freight should be exempted from the diesel fuel duty are just as valid for the barge industry,” said CBOA Chairman David Lowe. “I am amazed the Government did not realise that.”

He added that at a time at a time when there were signs of revival in barge use, for example construction related traffic in London and a new Hull/Leeds service taking sea-dredged aggregates, this was not the time to hit the industry with extra costs.

The proposed diesel fuel duty increase from 11p a litre to 58p a litre would be an increase of more than 400%. The impact on operating costs varies per vessel but would be between 5-15%.

In an industry with low profit margins, those costs would have to be passed on. This could well result in customers deciding to move to road, which would be a classic example of the ‘law of unintended consequences’.

The barge industry would be affected in various ways. Those operating on inland waterways would have to pay the whole increased fuel duty.

Those operating on tidal waters would continue to enjoy the Maritime Voyages 100% Relief. However, both groups would suffer from an increase in VAT from 5% (on red diesel) to 20% (on white diesel).

Although recoverable, business would have to find the cash to pay the extra VAT before they got it back. For one CBOA member, this could be as much as £102,000 per quarter.

The CBOA is particularly concerned about the potential impact on the owners of narrow boats in the Midlands (and elsewhere) who supply domestic fuel and other products to those living in boats or near a waterway.

“The barge industry is not, however, resting on its environmental credentials of being far less polluting than lorries,” said Mr Lowe.

“Some of our members are fitting more efficient engines and using hydrogen treated vegetable oil (Green D+) as a replacement for red diesel. This reduces overall emissions by about 86% and much reduces the carbon output per litre of fuel used. But it will take time to move to new fuels and expensive new engines may be needed. In the meantime, a savage increase in fuel costs could drive traffic onto the roads. ”

CBOA has submitted its formal response to the Government’s consultation.

“We do not want the government to pour cold water on the barge industry,” said Mr Lowe.