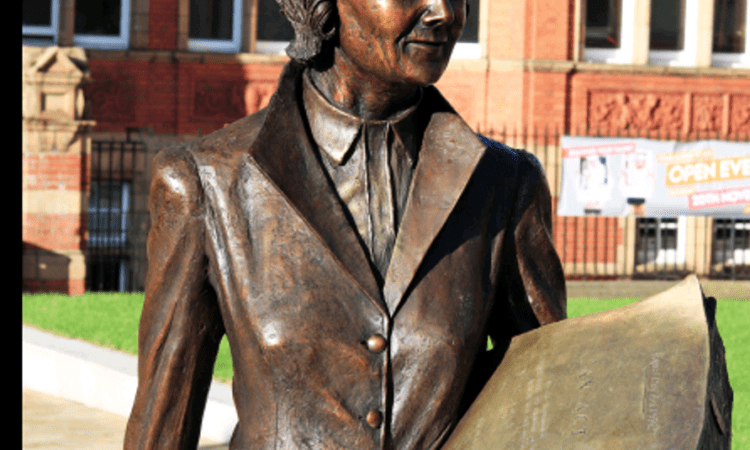 A STATUE commemorating Blackburn MP Barbara Castle has been unveiled in the Lancashire town’s Jubilee Square. She is portrayed holding a representation of a copy of the equal pay act from 1970.

Barbara Castle was the Labour MP for Blackburn from 1945 to 1979 and from December 1965 until April 1968 was Minister for Transport in the Harold Wilson government.

During this time she introduced the wide-ranging 1968 Transport Act that included wearing of seat belts and lorry driver hours regulation. It also included the requirement of the British Waterways Board to maintain the nation’s canals as either the larger commercial waterways or the narrow canals as cruising waterways. The BWB went on to become the Canal & River Trust.

Prior to this bill the treasury was hoping to abandon the government’s financial commitment to maintain the inland waterways of the country.

Mrs Castle went on to champion the rights of women for equal pay, supporting the ladies at the Ford car plant in Dagenham in their fight for equal pay.

The bronze statute was sculpted by Sam Holland and unveiled by MP Angela Rainer, deputy leader of the Labour Party and former Blackburn MP Jack Straw.