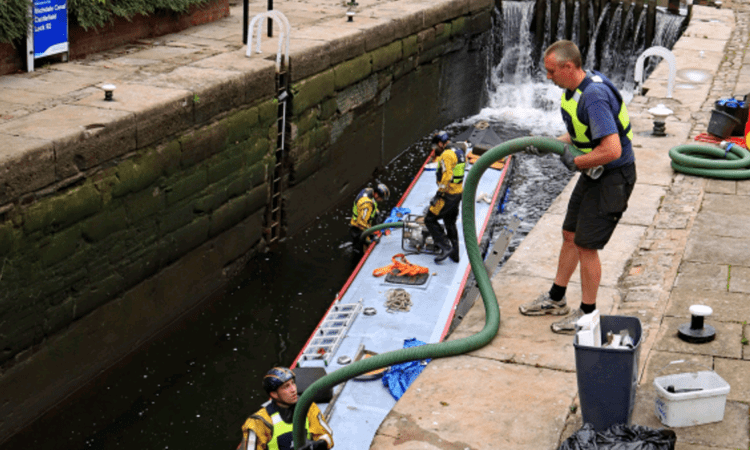 A TEAM from River Canal Rescue were recently called out after a narrowboat sank in Lock 92 of the Rochdale Canal.

It is believed to have taken on water when the rudder was caught between the two bottom lock gates as they closed.

In common with most of the locks known as the ‘Rochdale nine’ through the middle of Manchester, there is no bywash to take the water around the lock resulting quite a flow of water over the top gates which could have contributed to the sinking.

The RCR team closed off water ingress routes into the boat, doors, windows, hatches with plastic sheets and covers held in place with strong magnets.

Three high capacity pumps, capable of pumping up to 10,000 litres per hour, were used to pump out the water from the boat. As the boat slowly refloated, with the last of the water being pumped out with a smaller pump.