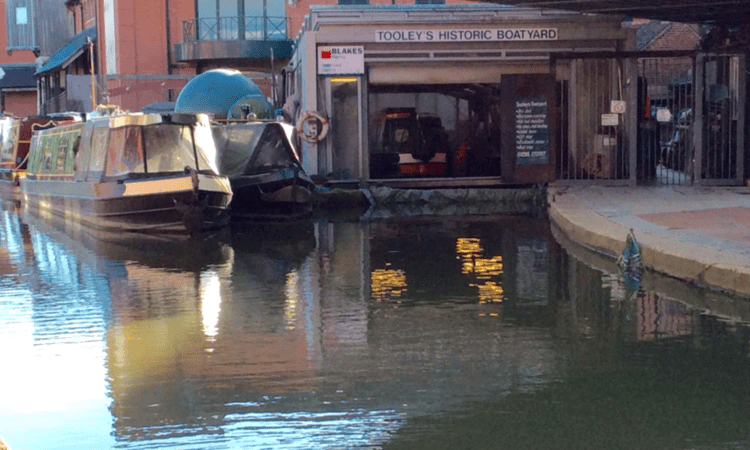 Among the many displays at Banbury Museum relating to this historic market town is a section telling the story of the Oxford Canal, which reached Banbury in 1778 and helped boost the local weaving and brewing trades, transforming the town into a major industrial centre. Opposite the museum is Tooley’s Boatyard, which dates back to 1778 and is still in operation following a major restoration project during the 1990s.

The site includes a blacksmith’s forge, 1930s workshops, dry dock and chandlery, as well as a small museum and shop. It was from here that canal pioneer Tom Rolt set sail aboard his narrowboat Cressy in 1939, and his resulting book, Narrow Boat (published 1944), highlighted the deterioration of Britain’s canals and led to the formation of the Inland Waterways Association. A blue plaque honouring Rolt was erected on the boatyard entrance in 2010.