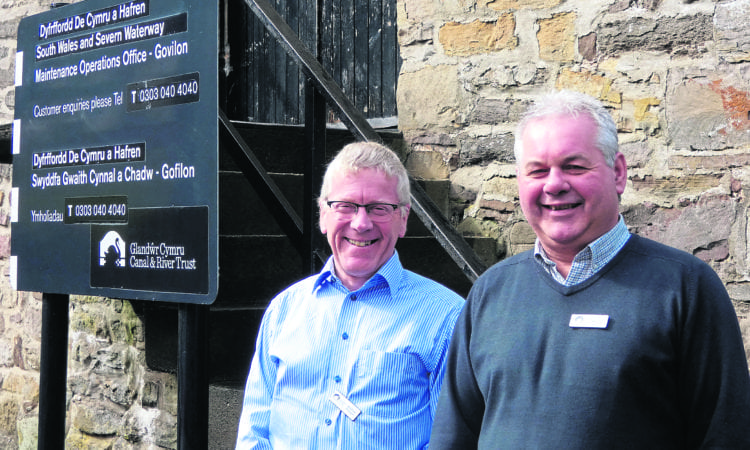 The most popular attraction in the Brecon Beacons National Park, the Mon & Brec Canal is totally landlocked. Janet Richardson visited South Wales to find out more about this peaceful and scenic waterway.

MY WHISTLE-stop tour started at the Glandwr Cymru (Canal & River Trust in Wales) South Wales and Severn Waterway office at Govilon Wharf where I was met by the trust’s head of Wales Andrew Stumpf and Kevin Phillips, customer operations supervisor for the Mon & Brec and Swansea canals (pictured below). 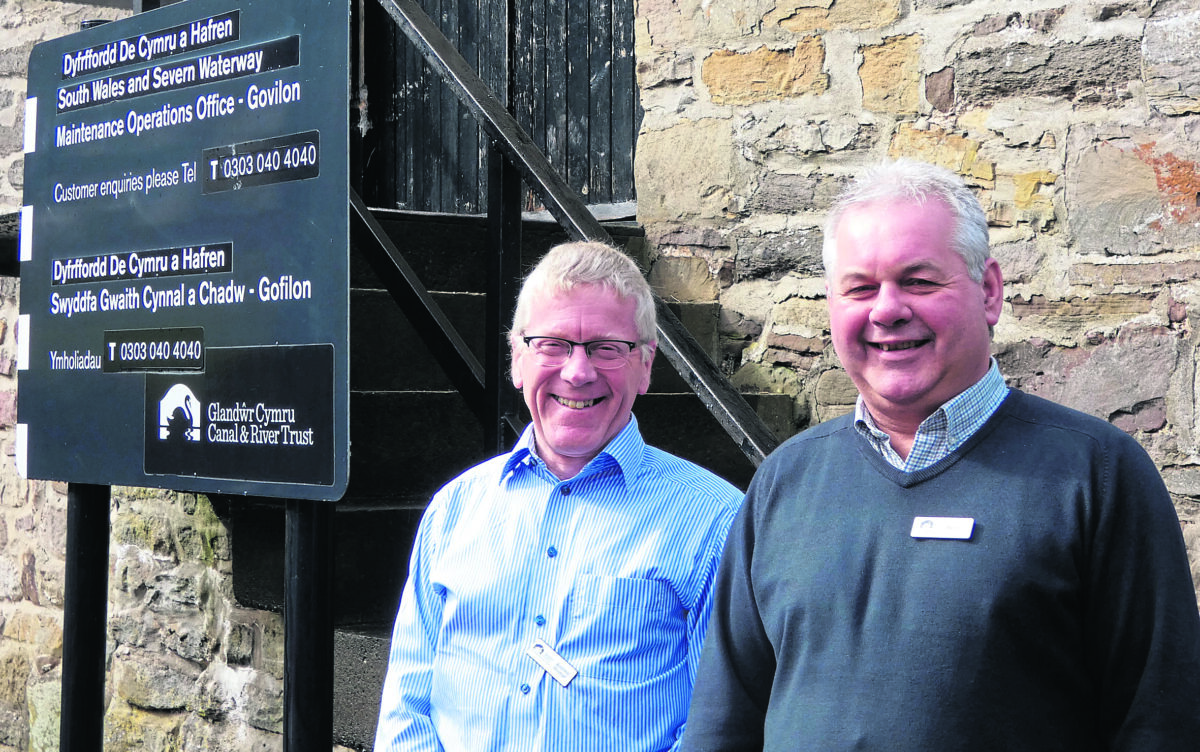 With just six locks – one at Brynich and the remainder comprising the Llangynidr flight – the 35 navigable miles include one of the longest lock-free stretches in the UK.
The Monmouthshire & Brecon Canal, which celebrated its bicentenary in 2012, originally carried locally mined coal, limestone and steel down to the docks at Newport on the South Wales coast but now stops around 10 miles short at Pontymoile. There it is joined by the partly restored Crumlin Arm with its Cefn flight of 14 locks.

As it is not connected to the canal network, hire boats provide the predominant means of getting on the water and there are six companies centred round Goytre Wharf alone. Day boats can also be hired at Llangattock and Brecon where you can also board a trip boat.

Andrew explained: “There is plenty of opportunity to have a holiday here. About 130,000 boat nights are spent on the Welsh canals, 70,000 of these on the Mon & Brec each year.” There are around 3000 lock passages over the year at Llangynidr with slightly more at Brynich where the trip boats operate through. 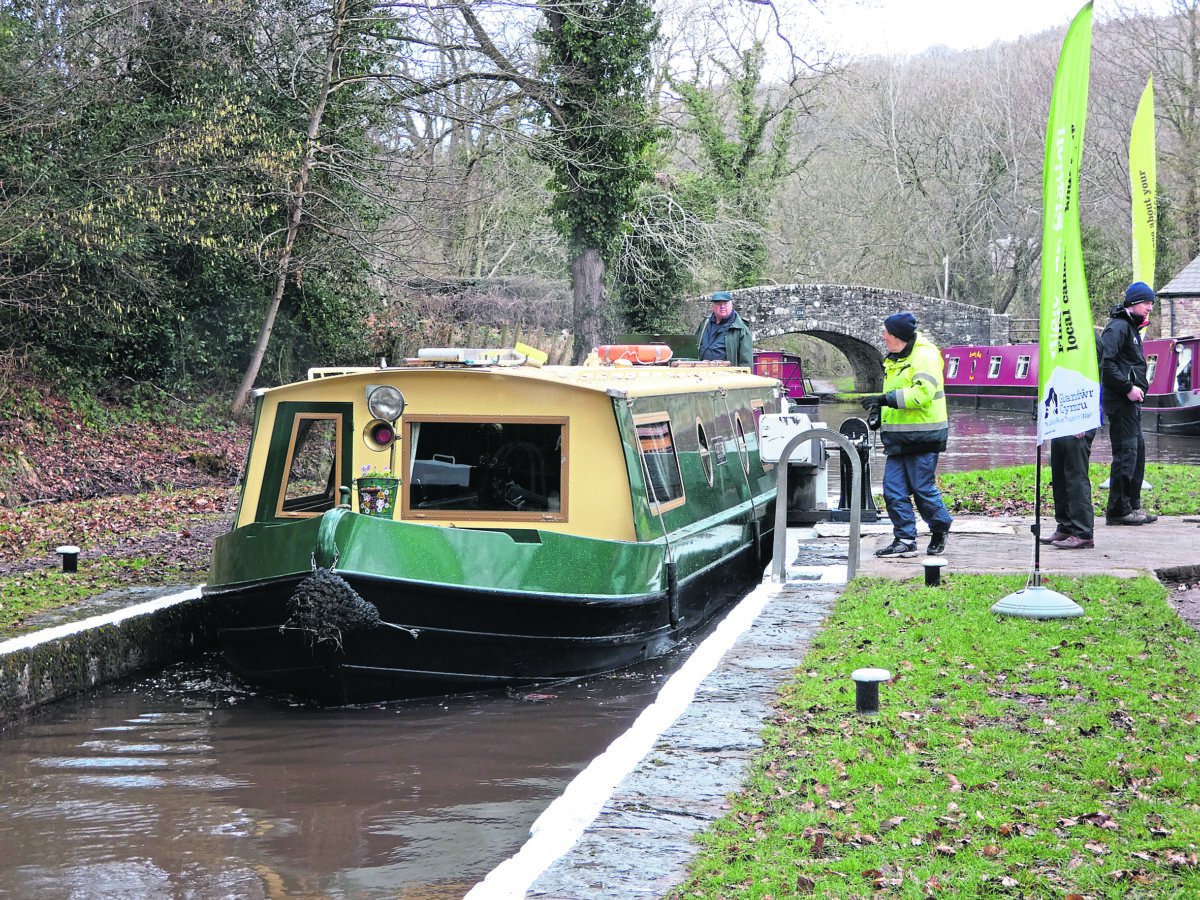 The Brecon Beacons are the most popular attraction of this contour canal which rises high above the valley floor. “You can look across the landscape; it has not been commercialised at all,” he continued. “There are a lot of trees so in the autumn it is absolutely gorgeous.”

The canalside villages have pubs, shops and post offices which are kept alive with the help of the business which the Mon & Brec brings – an estimated 60% of trade. The season runs until the first week in November.

As well as narrowboating, the canal provides miles of canoeing and paddling while the towpaths are enjoyed by cyclists and walkers with lots of circular routes. Although not navigable, canoeists can also use the River Usk.
Foodie destination
The area is also renowned as a ‘foodie’ destination and Abergavenny has a Michelin star restaurant and a weekly farmers’ market on Thursdays. Local delicacies include Blaenafon Cheddar which is matured 300ft below ground at the bottom of the mine shaft at the Big Pit Mining Museum which is a free-to-enter real coal mine with underground tours, miner guides and a warm welcome. 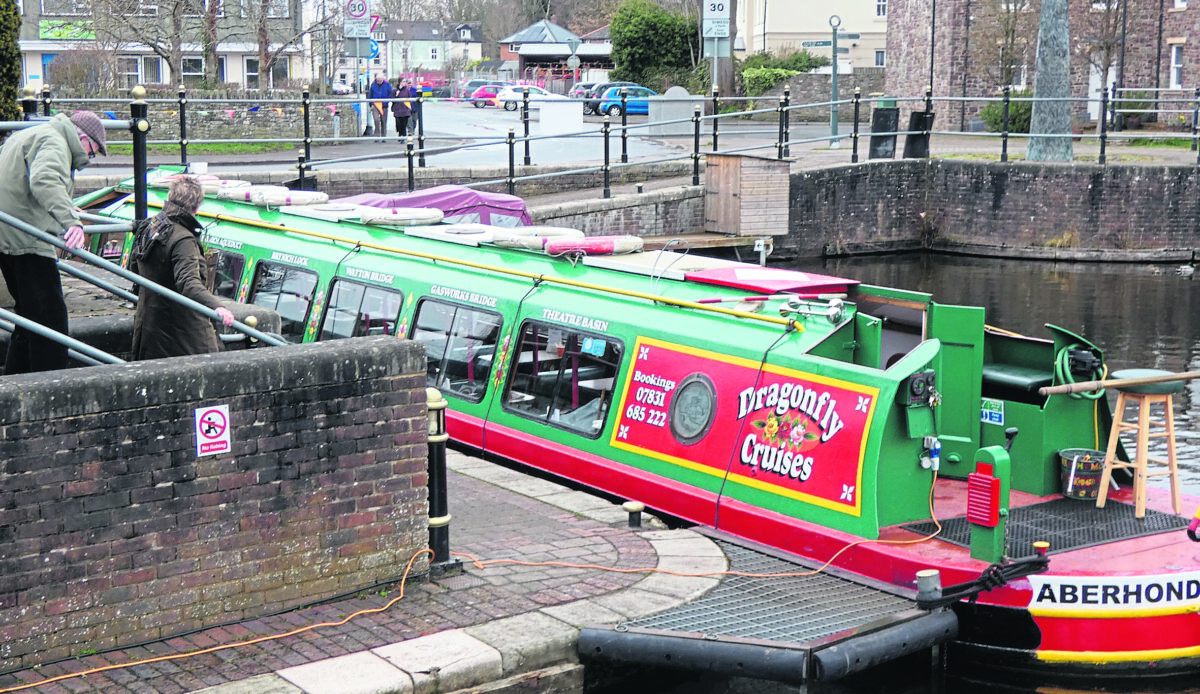 Local events include the Brecon County Show on August 4, Brecon Jazz Weekend on August 10-12, Crickhowell Autumn Extra Walking Festival from September 14-16 and Abergavenny Food Festival on September 15-16. Last year a very successful Canalathon – a 35-mile endurance challenge – was organised in September by the Monmouthshire Brecon & Abergavenny Canals Trust.
The Monmouthshire & Brecon Canal Lime Kilns Trail from Brecon to Goytre follows the route of the canal, limestone having been quarried at several sites including Watton, Talybont, Llangattock, Gilwern and Goytre Wharf which is also a dark sky location.

Other attractions include the Theatr Brycheiniog and canal basin at Brecon, built in 1996, the Regimental Museum of the Royal Welsh (Brecon) which tells the story of the battle of Rorke’s Drift, Brecon Cathedral and the town which is renowned for its antique, craft  and book shops.
Andrew added: “Although it is a small canal, the Mon & Brec has everything on it.” As well as locks, aqueducts and the Ashford Tunnel there is even a 126ft high Giant Redwood tree with a massive trunk close to Bridge 113 at Llangattock and thought to be over 150 years old.

He concluded: “The main message is come and enjoy the canal; most of our canals are more than 200 years old so take a lot of care and attention to look after and wherever people live, there are opportunities to come and support  the canal.”

Two canal open days recently held at Llangynidr and Llangattock were very well attended with a lot of visitors signing up as friends.

Because the canal has been built on a glacial moraine, it is not particularly stable and last winter’s work, funded by the Welsh Government, included the relining of a section at Llangattock. Next winter’s programme includes three new sets of lock gates and concrete channel repairs as well as bridge and aqueduct maintenance.

“We need to spend another £15 million to make sure the canal is secure. It is gravity fed, most of the water coming from the River Usk in Brecon – 23 million litres a day,” he explained. “There have been discussions about the impact of abstractions from the river for ourselves and the public water supply, working with Welsh Water, Wye & Usk Foundation and Natural Resources Wales. We have to make sure the canal is not forgotten and want the canal and river to be considered together.”
Wildlife corridor
Environmental work has included planting schemes to provide wildlife habitats. “The river and the canal complement each other and animals such as otters and bats rely on the canal connection between the various habitats,” he explained.

A Glandwr Cymru document called Waterways and Wildlife looks at habitats on the canals and how they can improve connections across the wider landscape. “We know there are dormice in the area and although they are not on the canal, they could use it as a corridor.” 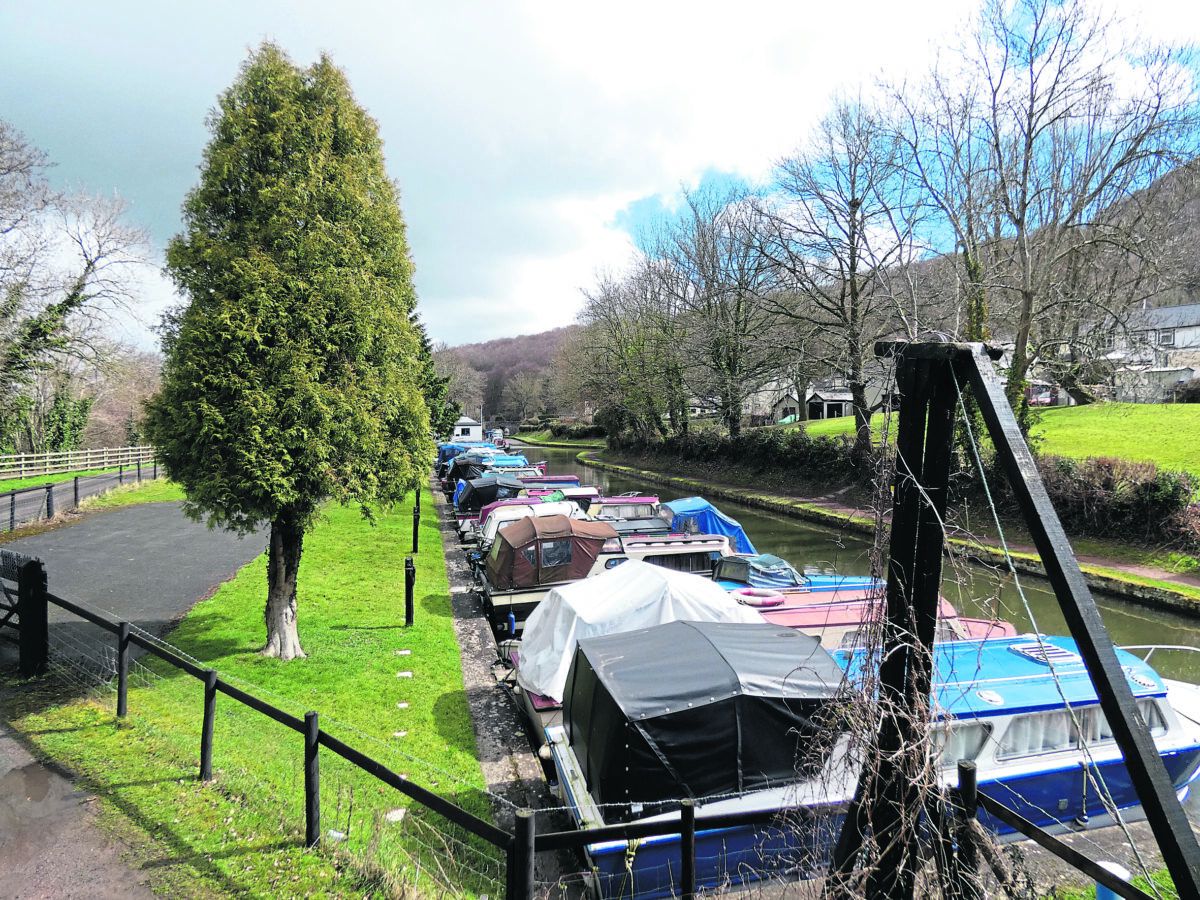 At the time of my visit shortly after the start of the season on March 16, there were no major works in progress but Kevin explained there had been repairs to bridges, aqueducts and other structures over the winter. I met a team of Towpath Taskforce volunteers who were using a workboat to scour out sand from around the locks on the  Llangynidr flight.

Andrew told me that Wales has been outpacing England proportionately in adoptions and volunteers, the Mon & Brec having four adopted sections with taskforces meeting every Tuesday and Thursday. Glandwr Cymru is also supporting the partnership involving MBACT and the surrounding local authorities in trying to restore the bottom end of the canal – an area in a post-industrial phase where people need most help.

“The restoration of a canal changes people’s perception of where they live and can change the health of a community at large,” he explained. “The Welsh Government has recognised that tourism is part of the foundation economy – money gets spent and stays in the community. From our perspective, visitors often live near a canal somewhere else and this stimulates them to get involved in their own canal.”