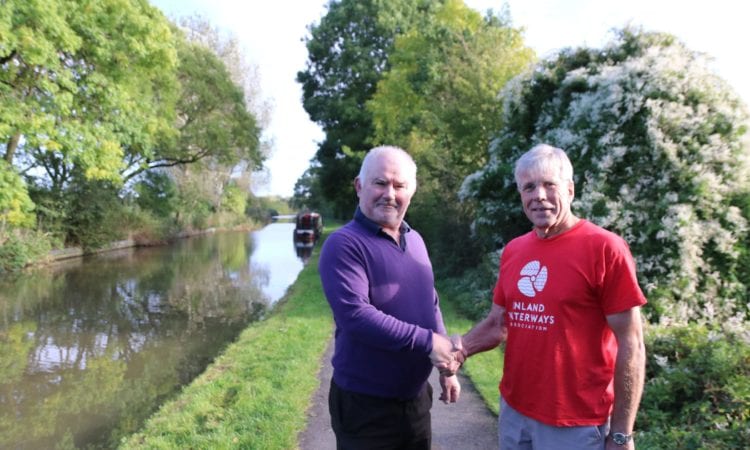 AUGUST 2020 is a significant date for The Inland Waterways Association (IWA) as it is the start of the organisation’s 75th Anniversary year. Where better to start the celebrations than with the annual Festival of Water on the waterway where it all began, the Worcester & Birmingham Canal?

Back in August 1945, Robert Aickman and Tom Rolt met on the canal at Tardebigge, Worcestershire to discuss the need for an organisation to speak for the inland waterways of the UK. It was at this meeting that plans for IWA were developed and then six months later, in early 1946, the IWA was officially formed.

IWA’s Festival of Water, held over the August Bank Holiday weekend (29-31 August, 2020) is expected to be one of the highlights of the 75th Anniversary celebrations. The festival will be held in Perdiswell Park in Worcester, with all the visiting boats moored along the banks of the Worcester & Birmingham Canal. It promises to be a spectacular event, which is fully supported by Worcester City Council.

“The city is proud to host the 2020 Festival of Water.  The Worcester & Birmingham Canal is a fantastic asset, providing a haven for wildlife and an attractive route for walking, cycling and boating,” says Cllr James Stanley, Chair of the Communities Committee at Worcester City Council.

“This promises to be a fantastic family event for the whole community to enjoy – we look forward to welcoming boaters from across the UK to Worcester next year.”

Alongside the large gathering of boats, there will be a whole host of entertainment including music, food, drink, children’s activities, fairground rides and a chance to learn more about the benefits of the waterways across the country. There are some other plans in the pipeline too, with more information being released early in the New Year.

Commenting on the event, Jane Elwell, Chair of Events Committee at IWA says, “The Worcester & Birmingham Canal played an important role in the history of IWA and we think it is a very fitting place to celebrate the start of our 75thanniversary year. Our Festival of Water at Perdiswell Park will not only look back at the past 75 years but also towards the future of the waterways. Check back with us soon for more updates on this very special event.”

More information about the Festival of Water can be found at https://www.waterways.org.uk/events_festivals/festival_water/IWA_festival_water. If you have a specific question, or would like to volunteer over the weekend, please call 01635 414567 or email: event.enquiries@waterways.org.uk.