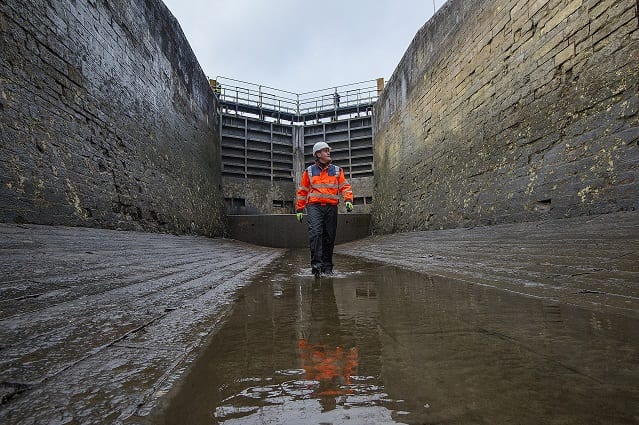 PHASE Two of the lock gate replacement works at Fort Augustus are set to start on Monday October 28, safeguarding the canal for future generations.

Due for completion in spring 2020, they are part of a critical repair programme made possible thanks to £5.35 million funding from the Scottish Government in 2018.

Catherine Topley, chief executive of Scottish Canals, said: “We are delighted to progress the second phase of these vital canal works after another busy season on the Caledonian Canal.

“These 200-year-old waterways play a vital role in both local communities, generating approximately £7 million of investment each year for the Highland economy, contributing to the marine industry; attracting tourists, visitor spend and investment; as well as stimulating job creation and business growth.

The completion of Phase One works at Fort Augustus to replace lock gates 2 and strengthen lock gates 3 and 4 took place last winter and the canal reopened to navigation in April 2019.

To accommodate the works in Fort Augustus, the south side road will periodically close to traffic from lock gates 1 to lock gates 6.  Access will only be affected during specific dates to accommodate major activities.

Additional works will also be carried out to the embankment to the west of Kytra, which will place some restrictions on the use of the towpath. So all work can be undertaken safely, the Caledonian Canal water level will be reduced once again from Kytra lock to the top of Fort Augustus.

Similar to events held in Fort Augustus in March this year, Scottish Canals will hold another open day, allowing stakeholders and residents the opportunity to see first-hand the work that’s being done, and find out why it’s so important.

This winter Scottish Canals will also be changing the operating mechanisms from hydraulic systems to electrical systems, which will provide a wide range of benefits, including quieter, more reliable and energy efficient operation.