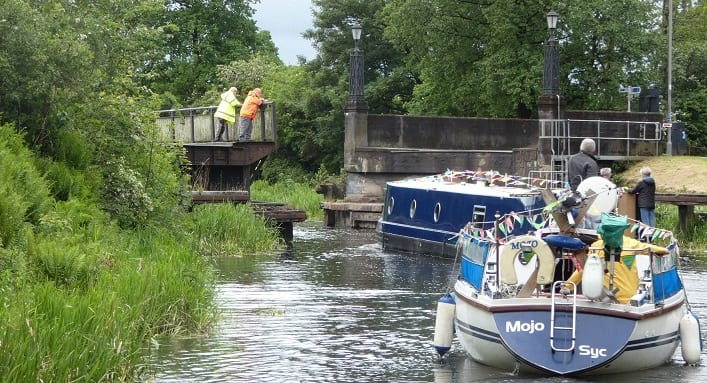 THE Inland Waterways Association is urging all boaters who use the Lowland Canals in Scotland to respond to Scottish Canals’ consultation about user operation on the Forth & Clyde and Union canals.

The Lowland Canal Operations Consultation is open until week commencing January 20, 2020 and asks boaters to let them have their views on the following areas:

IWA supports the proposals by Scottish Canals to allow user operation of some of their locks and bridges. The Lowland Canals would benefit from less restrictions to opening hours, along with as many structures being made available for user operation as possible, as these would facilitate increased use of these restored canals which in turn would bring all the economic and social benefits that vibrant busy waterways bring to local communities.

An earlier version of the consultation would have seen the western end of the Forth & Clyde Canal effectively closed for most of the time, with availability being limited to a single day a week in each direction. Representations made by the new advisory group – Scottish Waterways for All – supported by IWA, have resulted in a reversal of this decision and the Forth & Clyde Canal is now shown as open throughout, seven days a week, for booked transits.

The stretch was restored in 2002 as a transit canal (linking the Firth of Forth with the Clyde). Limiting any section of its length makes a nonsense of its restoration and of the £9.4m recently spent constructing the 1km Queen Elizabeth II Canal, bypassing a difficult section of the River Carron on its eastern approach to the Kelpies.

The consultation can be found on Scottish Canals’ website.