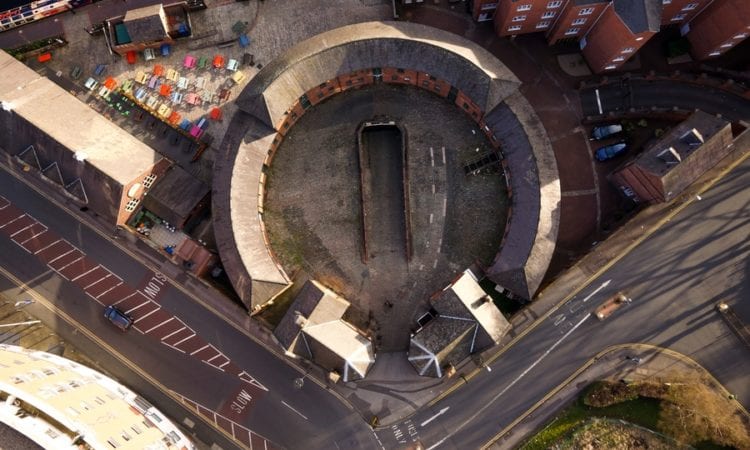 Work has begun on the restoration of the Roundhouse in Birmingham, the jewel in the crown of Birmingham’s waterways. The work will ensure the future of this magnificent, one-of-a-kind building is secure, inspiring a new generation to explore the waterways and delve into the history of Birmingham and its canals.

Built-in 1874 the Grade II* listed Roundhouse is tucked next to the Birmingham Mainline Canal very close to the centre of the City and was originally used as stables and stores for the Birmingham Corporation. Designed by local architect W.H. Ward the horseshoe shaped building is a unique and beautiful Birmingham landmark. 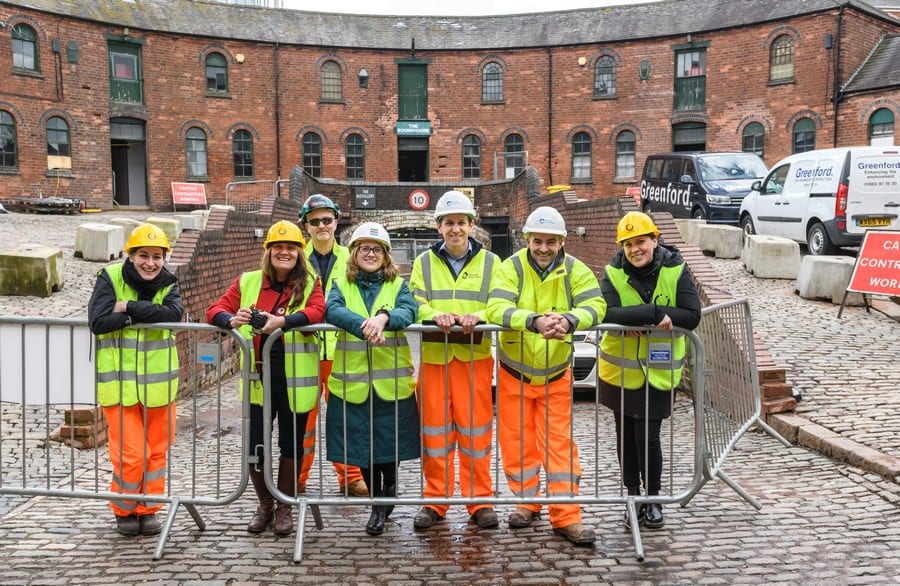 The team involved in the restoration of the magnificent Roundhouse. PHOTO: CRT

The building is being brought to life by a partnership of the Canal & River Trust and National Trust, made possible through a £2.5m National Lottery Heritage Fund grant and funding of £196,000 from Historic England. Due to reopen in Spring 2020 the Roundhouse will be an exciting space for the local community and a focal point from which to explore Birmingham’s canals by foot, bike or boat.

The restoration works will include strengthening and restoring the roof, repairing and re-laying the cobbled courtyard and installing new ‘feature’ windows giving views over the canal.

When finished the Roundhouse along with the Distillery – Birmingham’s newest Gin distillery which is located next door – will be a fantastic place for local people and visitors from further afield. It will create jobs and volunteering opportunities as well as promoting skills and encouraging healthy lifestyles by offering people of all ages and abilities fun and active ways to enjoy the city. 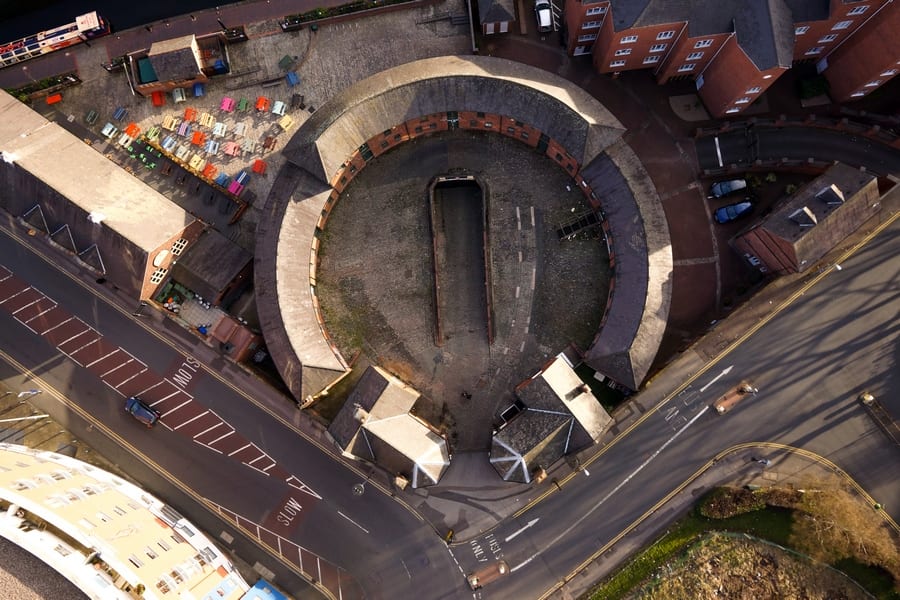 An aerial view of this exciting and historic building in the centre of Birmingham.

Stuart Mills, from Canal & River Trust said: “The Roundhouse is a really beautiful and unusual building right in the heart of the city centre and we are looking forward to the day we can welcome visitors and help them to explore its history as well as the tranquil canals in Birmingham.

“We’ve got a lot of work to do in the next few months, but this is a really exciting chapter for the Roundhouse. I hope local people enjoy seeing the building transform and come and visit us when we’re back open.”

“We’d like to thank the individuals, partners, supporters and funders who’ve worked with us so far, and who have played such a major part in helping us to shape our plans –  all of which are aimed at bringing a new purpose to this iconic Birmingham building, for the people of Birmingham.”

Vanessa Harbar, Head of the National Lottery Heritage Fund West Midlands, said: “We’re delighted to see restoration works get underway at Birmingham’s iconic-but-underused Roundhouse. This is a major industrial building at the heart of the city’s canal network and we look forward to seeing it transformed into a city base for exploring Birmingham’s revitalised canals – all thanks to funding made possible by National Lottery players.”

Louise Brennan, Historic England’s Regional Director for the Midlands said: “The Roundhouse is a unique and evocative building, and central to the story of Birmingham’s role in the Industrial Revolution. The city has more miles of canal than Venice, and the Roundhouse tells the story of how these waterways changed the way we work and live.

“Historic England is delighted to be supporting a project that will see this important historic building found a new and exciting use, and will ensure the building continues to play its part at the centre of Birmingham’s canal network.”

During the works the Distillery and terrace area will be open as normal.