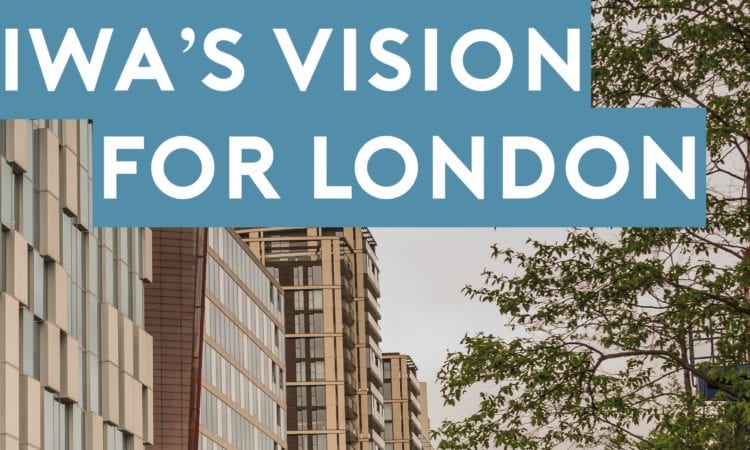 AS THE number of boats on London’s waterways continues to grow, The Inland Waterways Association (IWA) has launched its Vision for London. This is an in-depth report that looks at the complex issues faced by the many different users of the capital’s rivers and canals. It will be used as IWA London Region’s manifesto for the next few years.

The primary issues for boaters in London is the shortage of both permanent and visitor moorings as well as a lack of facilities. In the report, IWA outlines how it will work with both Navigation Authorities and local councils to try and get the issue of boat residences included on the local planning agenda. A number of possible sites for permanent moorings are highlighted in the report.  The overall aim is to increase the number of affordable permanent mooring sites in the capital and to reduce the number of boats currently having to move every 14 days.

A new type of community mooring is suggested in the report. These moorings would be owned and run by the boaters, ideally in disused basins or derelict canalside sites. It is expected that these “community moorings” would contain no more than ten boats. IWA will work with interested groups through the entire process to get the mooring up and running.

In terms of visitor moorings in London, IWA knows that many boaters do not feel comfortable visiting London’s waterways. There is a widespread belief that no moorings will be available. IWA is suggesting that CRT increases the number of pre-bookable visitor moorings, especially on sections of the towpath that are not currently available for visitor moorings. In conjunction with this, more rangers and increased enforcement is needed to help stop overstaying on visitor moorings.

Boat density is a big issue in the capital and visiting boaters find themselves only able to travel long distances on tick over. Boats are often double, or even triple moored, which has an impact on air quality, fire safety and visitor experience both on the water and for users of the towpaths. IWA is asking for regular breaks in the line of boats as well as limiting moorings to two abreast.

The boat density in London has also resulted in a shortage of facilities. IWA’s current national policy is for facilities to be provided every five hours of cruising, IWA is suggesting that within central London, they are provided every two hours. IWA suggests that Navigation Authorities look to introduce a possible charging zone on the most overcrowded waterways in order to fund these additional facilities.  IWA will work with all stakeholders to develop a system that is acceptable to all parties.