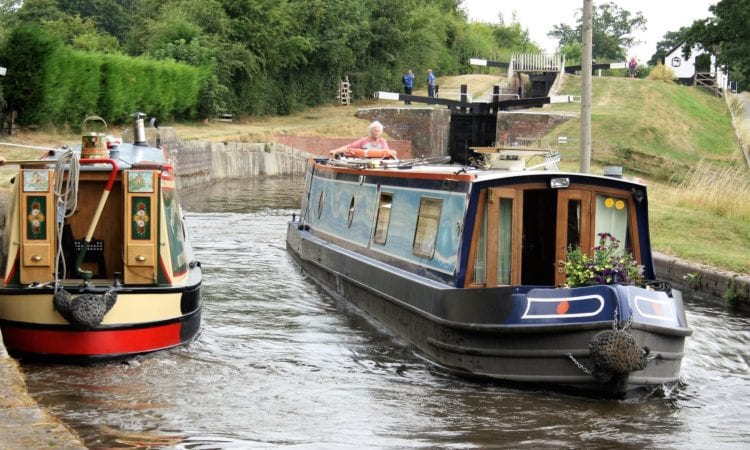 FOLLOWING a 10-month campaign by the Shrewsbury District & North Wales Branch of the Inland Waterways Association (IWA), Canal & River Trust has agreed to extend the opening times of Frankton Locks for the summer 2020 season starting on March 30, 2020.

The extension, from the current 12am-2pm daily opening to 9am-1pm daily, should improve boater access to the Montgomery Canal.

Particularly in view of the extensive restoration work on the Montgomery Canal to extend the limit of navigation for powered craft beyond Gronwen Wharf, IWA is keen to help more boats use the rural waterway. The current Montgomery Canal Conservation Strategy allows for 2500 boat visitors a year onto the canal; however, it is thought that the actual number of visitors is only between 1100 and 1200 per annum.

“Additional advantages of the revised opening times are that boaters will not have to moor above or below the locks waiting for a noon opening, and the additional hours should spread water demand over a longer period, reducing the problems of low water at the top lock.”

For the foreseeable future, the requirement for both advance bookings and for a minimum stay of one night with a maximum of 14 nights will remain in force. Boaters wishing to book passage through Frankton Locks should contact CRT no later than 10am on the day of passage. Boaters can do this via CRT’s website at https://licensing.canalrivertrust.org.uk or by calling 03030 404040.