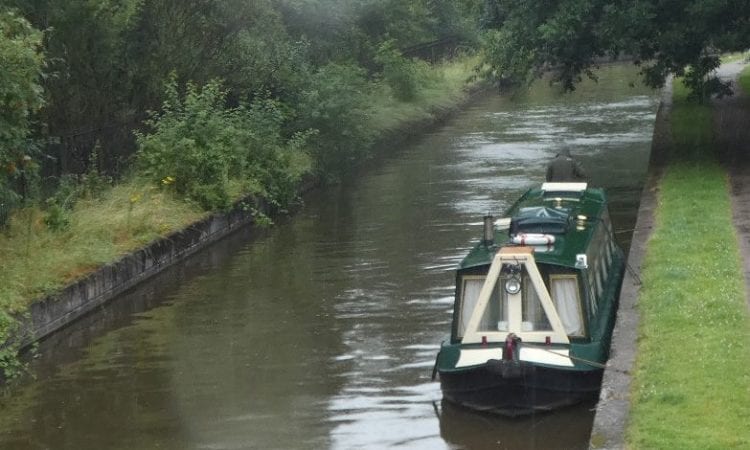 THE Canal & River Trust has welcomed the announcement from Government setting out plans for a £20million package to cut household emissions through a number of local ‘smart energy’ projects, including some using the Midlands’ canal network.

Analysis of the Trust’s network shows that, beyond the Government’s announced trial, the canal network across England and Wales can provide 640 megawatts of latent thermal energy to support the heating and cooling needs of around 350,000 homes.

Richard Parry, chief executive of the Canal & River Trust, said: “There is a huge opportunity to build upon the trial and the existing sites that already use our waterways to heat and cool their buildings – from residential heating & cooling projects to industrial cooling of commercial premises and heat networks.

“The Midlands’ canals are perfectly placed, both practically and symbolically, to lead the green energy charge.  It’s fitting that these arteries of the Industrial Revolution are being repurposed to bring clean, green energy to what was the beating heart of Britain’s production line.  As technological advances are made the canals can once again be at the forefront of progress that transforms and improves the national quality of life.”

The use of the UK’s canal network for heating and cooling is an example of the evolution of the nation’s former industrial waterways.  Today the Canal & River Trust provides vital green and blue space to millions of people living in towns and cities alongside its waterways, including some of the nation’s most heavily populated communities where it’s needed most.  The Trust’s research shows being by water makes people healthier and happier and, with ever increasing rates of obesity, stress and declining mental health in the UK, the waterways are uniquely placed to make a significant contribution to improving the wellbeing of millions of people.

A summary of how heating and cooling technology harnesses the latent thermal energy in the Trust’s waterways is available at: https://canalrivertrust.org.uk/specialist-teams/planning-and-design/planning-policy/the-values-and-benefits-of-waterways/environmental-wellbeing/sustainable-energy-source