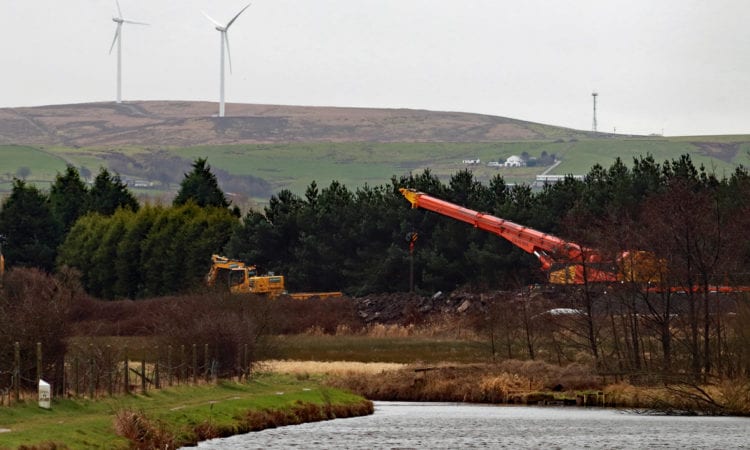 WORK on two bridges over the Leeds and Liverpool Canal in East Lancashire has been taking place as part of Network Rail maintenance.

At canal bridge number 124aa at Rose Grove near Burnley the bridge is being strengthened. 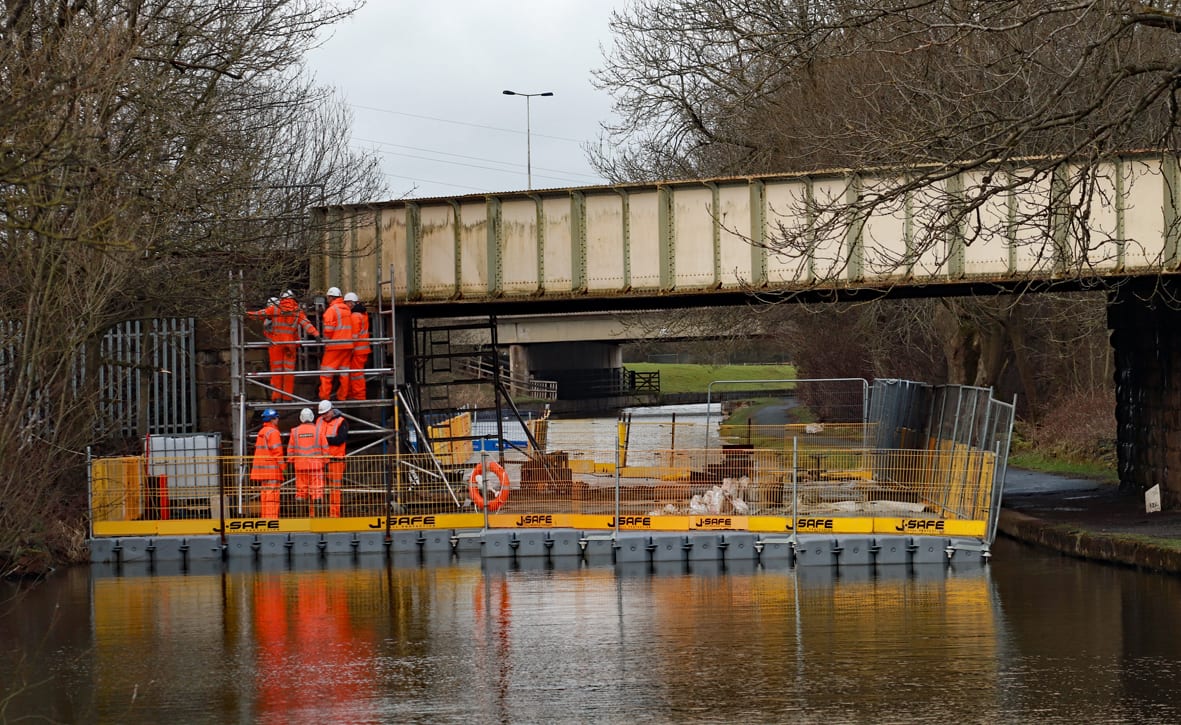 Engineers working for contractors Murphy & Sons Ltd have installed a floating pontoon across the canal to work from.

The canal has been closed to boat traffic since January 27 and was expected to reopen on March 6.

At canal bridge number 109a near Church near Accrington the bridge over the canal is being replaced. 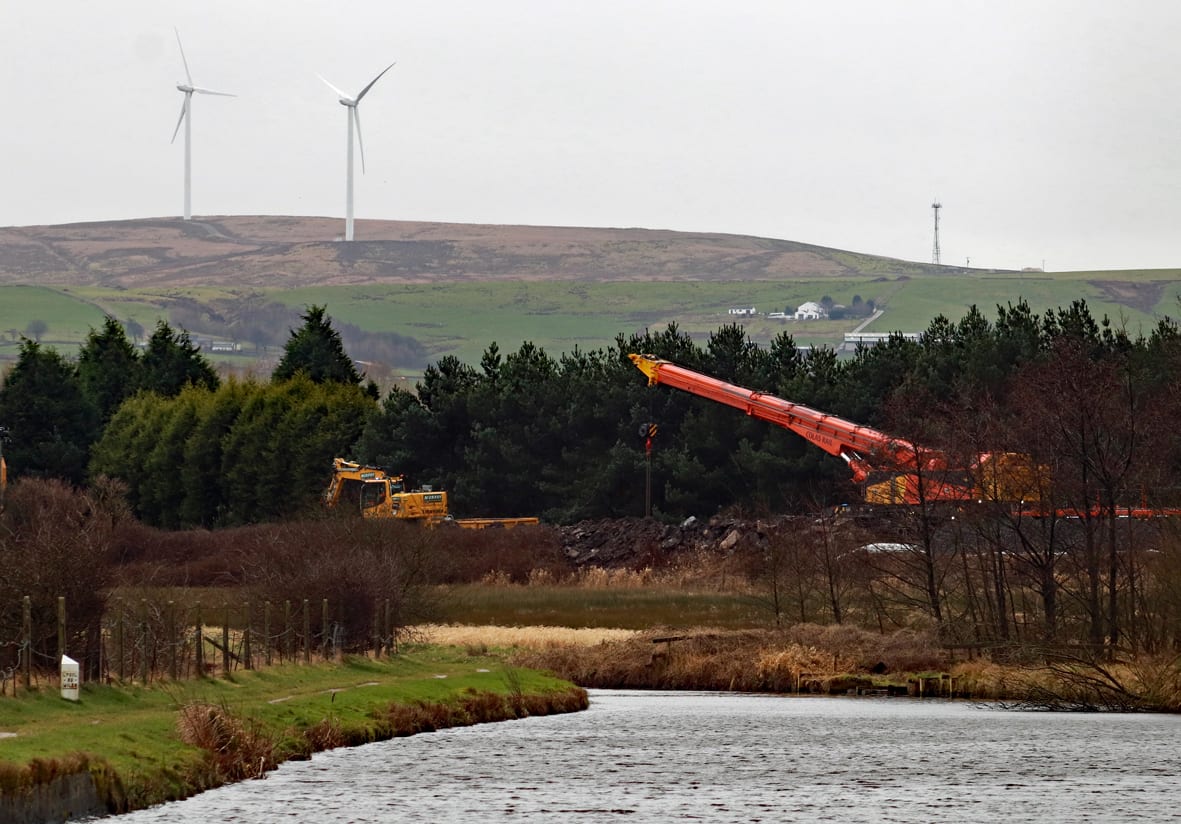 One of the rail-mounted cranes at rest between its times in use on the project, at mile post 62 on the Leeds and Liverpool near bridge 109a. PHOTO: COLIN WAREING OF COLIN AND CAROLE’S CREATIONS

Originally it was reported that some of the materials for the work would be taken along the canal by barge, but this didn’t happen. Instead two large rail-mounted cranes were used along with other track-mounted plant.

The canal has been closed to boat traffic since January 20 and was expected to reopen on March 13, while the railway was closed from February 15 to 23.