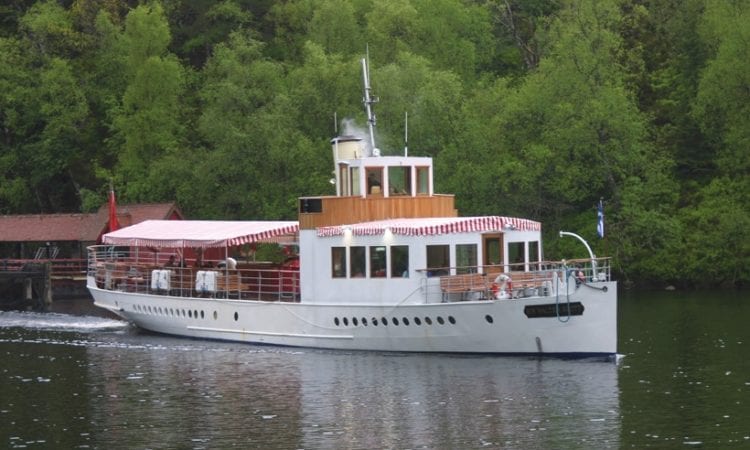 PLANS to mark the 120th anniversary of the first sailing of SS Walter Scott on Loch Katrine, have had to be scrapped after the Denny-built vessel ran out of steam. Recent, specialist inspections revealed that the Cochran Wee Chieftain, bio-fuel-burning boilers, fitted in 2007 by current owners, Sir Walter Scott Steamship Ltd, were beyond economic repair, and would have to be replaced.

The decision has been taken to dock Sir Walter for this season as the trust examines a range of options to replace the boilers, in a scenario strangely similar to the failure of PS Waverley’s boilers in June 2019 and the subsequent drive to replace them.

Sir Walter Scott Steamship Managing director, Gordon Allan, said: “This is a major setback as we were looking forward to a special anniversary, celebrating 120 years of the steamship sailing. The immediate priorities now, are to protect the 55 direct and many indirect jobs dependent on our Loch Katrine operations.

“We are fortune that we have diesel boats available to meet our obligations to pre-booked and other passengers while we consider ways to bring Sir Walter Scott back into service as quickly as possible.”

The trust says that it may consider a public appeal as well as exploring all possible avenues of ensuring that the historic steamship continues to sail. Chief executive and trustee, James Fraser, said: “Our trustees are determined to ensure that this historic steamship, which is an important and unique Scottish heritage asset, continues to have a future on Loch Katrine.

Immediate steps have been taken to bring the ship back into service which are both realistic and sustainable. We are anxious to ensure that we are not faced with a similar situation again in a few years time. Once we have more details on the future options, the likely costs and our funding strategy, which may well include a public appeal, we will issue an update.”